It was just last month that Toys R Us filed Chapter 11 bankruptcy protection. That was last month. This is this month and the toy seller just unleashed a new campaign that includes an augmented reality app, experiences for adults and TV spots.

The theme is all around “free play” to remind kids and parents alike that making time to play is important. The “free play” idea came directly from consumers and research that found that kids are not getting enough recess or unstructured play. 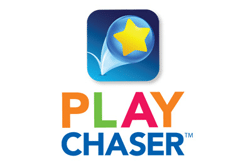 The augmented reality app, Play Chaser, is aimed at getting kids and their parents back in Toys R Us retail stores by turning store visits into virtual playgrounds. Kids can scan signs around the stores to unlock content, mini-games and play experiences. The brand’s mascot, Geoffrey the giraffe, also makes an appearance. The app is in test mode in 23 stores mostly in New York, California and North Carolina but is expected to roll out across stores later this month..

The game ties to loyalty programs that will provide Toys R Us with rich insights into which toys and games kids like play with.

The TV spots also theme around free play for kids and if you’re anywhere near the busy Fulton Street subway station in Manhattan this week, you may come across a life-size Etch a Sketch with a message to “etch out some family play time,” Media Post reported. Also for adults, Airstream trailers will be decked out with “play” stations making stops at college sports games.

One of the key people facing the headwinds in getting Toys R Us back on solid ground is Carla Zakhem-Hassan, executive vice president and CMO. She joined Toys R Us in January after 13 years with PepsiCo where she was responsible for driving the growth agenda for brands including Pepsi, 7UP, Mountain Dew and Gatorade.

Toys r Us filed bankruptcy under a heavy debt load and crushing competition from online retailers like Amazon and Walmart. Toys r Us is one of a host of brick-and-mortar retailers fighting to keep customers coming into stores.