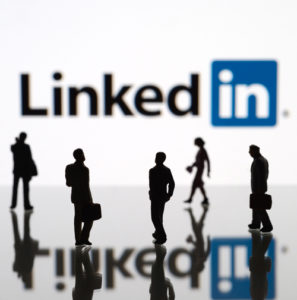 Many B2B sales organizations now use two to five LinkedIn touches as part of their multichannel marketing process, according to a new report.

Forty-two percent of respondents to a recent survey by analysis firm TOPO are leveraging LinkedIn in this way. The increase in marketing via the B2B social network is on the rise, thanks both to increasingly overstuffed email in-boxes and the impact of GDPR guidelines, notes a recent article on ProlificLondon.

An overwhelming number of organizations that use account-based marketing—88 percent—say outbound is one of their most important B2B tactics, according to the TOPO research. Sixty-five percent of respondents said their sales dev reps report to sales, 23 percent said they answer to marketing and 12 percent to other departments.

More than 155 million U.S. workers have a profile on the social network. Marketers who succeed on LinkedIn makes sure they are engaging with other users, and don’t just talk at them, says Patrick King founder/CEO of Manassas, VA-based marketing agency Imagine. He advises asking questions and giving prospects a chance to talk about themselves.

“We’re all still people,” says King. “Turn the experience into something conversational. That’s one of the things often ignored in B2B.”

Of course, not everyone is an all-in fan. Adrian Dayton recently suggested on Forbes.com that some professionals may want to consider deleting their LinkedIn presences, if they’re not going to put the time into keeping it fresh.

“If you don’t have the time to and check it on a regular basis, it’s not worth having the account,” wrote Dayton.  “It’s difficult to maintain real relationships unless you make it a priority to interact regularly with them.”

People should consider whether LinkedIn really fits into the strategic focus of what they want to do with their career, he added.  “It takes work and deliberate effort to be successful on LinkedIn and actually bring in business. The people that are successful on LinkedIn are going after it. If you aren’t willing to put in the time, then you may want to follow the advice that Hillary gave Donald during the last Presidential election cycle and ‘delete your account’.”