Over the last several years, Wells Fargo has shifted its marketing strategy to a Total Market Approach (TMA), just as 54% of marketers in a recent CMO council survey have, with 69% of those marketers reporting reaping the benefits in business improvements.

TMA strategies feature carefully crafted cross-cultural messages, based on a “universal truth”— pursuing higher education, taking care of family, retiring comfortably, owning a home—relevant to the main segments of brand growth. The strategy is taking on steam among brand marketers as the country becomes more diversified and the long-held strategy of targeting a mass audience, and separately, diverse segments, becomes antiquated. Currently there are 25 majority-minority U.S. cities. By 2043 the entire U.S. is projected to be majority-minority. 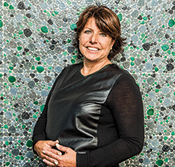 “We need to understand our consumers at a much different level,” Jamie Moldafsky, CMO of Wells Fargo, said yesterday at the ANA Brand Masters Conference. “We know there are very important differences among the population, but that there is increasing commonality. It’s a responsibility and a requirement for us to change as well.”

Wells Fargo’s marketing now reflects that increasing diversity and the impact of multiculturalism on American culture. It deploys fully integrated, cross-cultural approaches that are representative and inclusive of all segments incorporating cultural cues that have universal appeal. The campaigns are constructed under three guiding principals: Know the customer, treat the customer with respect and kindness, and have integrity and transparency.

As an example, one of Wells Fargo’s primary objectives is acquiring Millennials to open checking accounts. The strategy ties into another big shift for the company over the past two years; bringing all of its agencies together at the beginning of the planning process to gain insights into the target audience. Wells Fargo has a large number of diverse agencies for all segments, a digital agency and its AOR BBDO, all working together to hone that cross-cultural message with universal appeal.

The “big insight” for the Millennial work, under the “Done” campaign umbrella, was this segments real need for convenient banking that fits into their lives, not the banks.

“The approach is infusing cultural cues, behaviors, language, attitude, experiences and talents in the campaign execution, not a collage of ethnic images,” Moldafsky says. “Most of what Millennials experience is multicultural, so it’s important not to think about the segments but what’s happing to the overall culture. Its’ a lot of effort and a lot of change but it has led to better ideas and better outcomes. I can’t see any other way forward for Wells Fargo, this is the path that we need to be on.” 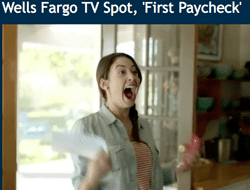 The result of the planning was the “First Paycheck” bilingual TV spot, also posted on YouTube, which aired mostly in English speaking media, but was partly bilingual. The spot tells the story of a young Hispanic woman earning her first paycheck, something all Millennials can relate to and a universal feeling of pride. The ad also showed Hispanic cultural nuances, like the multi-generational family all living together.

“We tap into the universal appeal and cultural cues reflective of Hispanic cultural but still relevant to everyone,” Moldafsky says. “We’re having great success in acquiring the customers we want.”

Wells Fargo serves one-third of all U.S. households—95% of its business—or 70 million customers in every state. It operates 9,000 locations, she said. 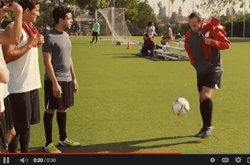 “It’s a big audience,” she says. “It has a higher resonance among certain segments but with universal appeal. It’s in market this week, you hear a little bilingual, but very total market that resonates with multiple segments.”

Wells Fargo applies the same total market approach using print and applying universal truths. The “Done” campaign strategy has so far resulted in “aided consideration” up 16%, social engagement up 0.84% and key attributes up 11%.

“The road on Total Market is not an easy one, it takes courage, because the entire culture is not there yet,” she says. “But the world is changing and there are more people who believe that than don’t and we as marketers need to be at the forefront of that.”