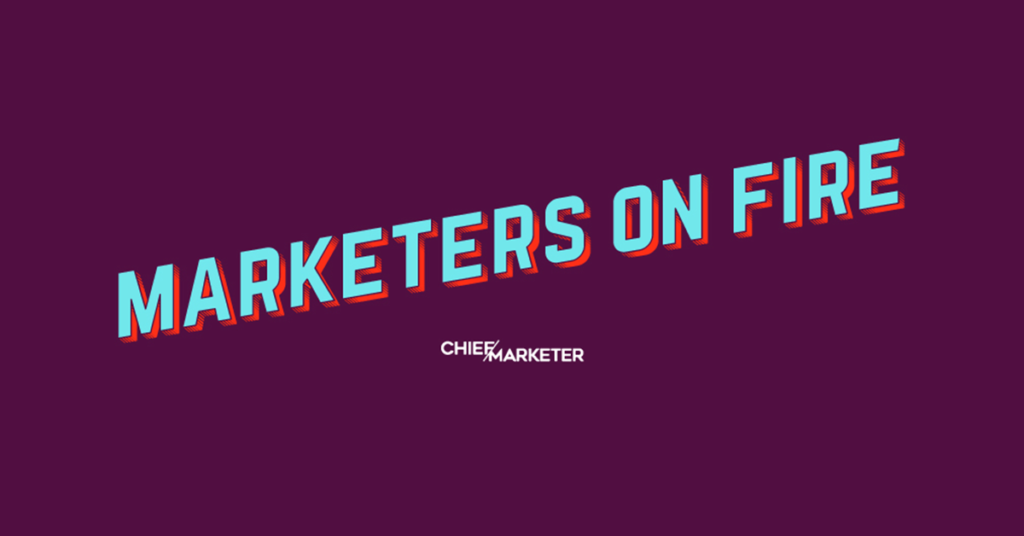 Our monthly profile of an outstanding marketer whose leadership and campaigns are moving the needle for their brand.

Taking your employees out for a drink after work sends a message of appreciation. But footing the bill for all 7,000 of them at once is another story altogether. That’s exactly what occurred on February 6 in 154 cities across the world as part of Bacardi’s annual “Back to the Bar” initiative, a program designed as a way for employees of the company—regardless of department, position or title—to reconnect with the consumers and bartenders for whom they actually create and sell the products.

For Bacardi global chief marketing officer John Burke, it’s one of the company’s more important initiatives. “It’s a big part of how we deliver our culture and also how we get our organization to focus on where our business is happening: in bars,” Burke says. “It doesn’t matter if you work in an office or distillery—we all get out and spend time with real consumers in real bars, talking to bartenders and listening to what’s going on. It’s an incredible opportunity for us to put the consumer right back in our minds.” The initiative, in its third year, is a way to gather consumer intelligence about the industry. “To have the whole organization coming back with marketing intelligence is amazing,” Burke says. But it’s also a way to reignite the passion employees have for the products they work with. It becomes highly personal—and employees get invested.

“If you have somebody who’s working in operations and they’ve never had the opportunity to go and meet one of their consumers, the moment they meet them it changes how they feel about their job,” Burke says. “They go back to work making their product for that person they met, which makes it personal. And if you’re a brand person, making a product for somebody is much more meaningful than just making it for a target demographic.”

Back to the Bar has, in fact, resulted in real change. For instance, two years ago Bacardi employees heard from bartenders that premium rum was a hot ticket. The insight inspired Bacardi to build out its premium rum portfolio. They also learned of the “mindful drinking” trend, which was gaining traction with a more health-conscious, balance-seeking consumer base. To keep up with the trend, Bacardi just launched the Martini Non-Alcoholic Vibrante and Floreale in Europe, an aperitivo without the booze. Burke believes it’s important to offer products for this demographic as well—those who choose to abstain from drinking alcohol certain days a week, months of the year or even as a lifestyle choice for the rest of their lives. “We want to have an offer which is inclusive of all, so innovating products that meet their needs is important.”

But in order to innovate swiftly, a company structure must be in place to support it. That was not the case three years prior, according to Burke. A restructure of the company’s internal marketing structure was necessary. Burke’s plan spanned three phases, or “horizons:” rebuild, release and transform. The rebuild phase entailed remaking the company’s brand positionings and connecting them to a powerful consumer insight in order to unlock growth. The release phase focused on serving the consumer better through installing a new integrated activity planning process and launching a marketing capability program that adds consistency to how the company builds brands. The phase saw approximately 1,200 individual training sessions, performed by Burke himself and his team. 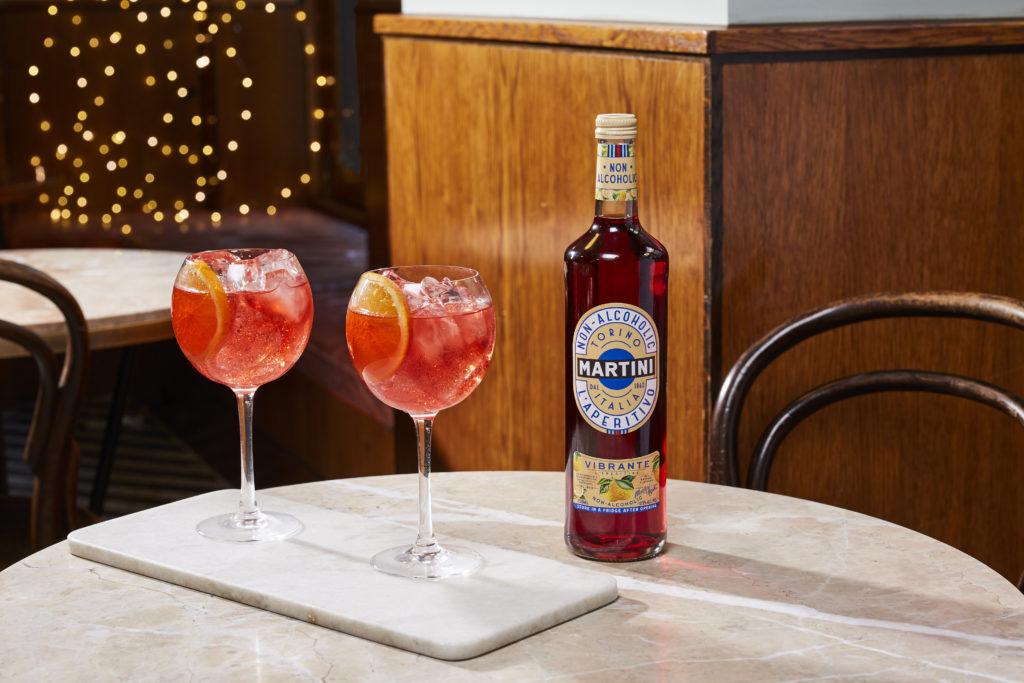 Lastly, the current phase of the restructure, “transform,” requires stepping up the company’s agility surround digital transformation. “We spent the last year putting a lot of infrastructure investments in place, in how we create content, how we share content internally, how we publish content and how we measure content performance. We are significantly stepping up the capability to be more consumer responsive in real-time,” says Burke.

The three-year restructure is in its final phase. But what Burke realized along the way was that the process will never quite be finished—precisely because of the rapid pace of change dictated by our culture today. In effect, the restructure enabled agility and a more efficient approach to innovation. “The constant change that we’re building requires the ability to be more agile, more connected as a total marketing organization,” Burke says. “It’s about codifying the things that we have in common so that we have a common language and a common way of looking at things. And then it’s about accelerating the rate of change that we’re able to embrace. A lot of hard yards to get to where we got to, but it’s a very different organization today than it was two and a half years ago.”

Burke maintains the restructure has benefitted all regions and all brands. The company is more consumer-centric than it was before and is able to use consumer insights to inform its plans. “It’s a gift that keeps giving because you’re changing the way you do what you do in order to unlock the capability to do more—and more, quickly,” he says. “Part of agility is having a much clearer path; you don’t end up reworking it because you have a more tried-and-tested process.” And then there’s speed to market, which has dramatically increased. Innovations from idea to launch can now occur in as soon as five months, whereas previously it would have taken two years.

Bacardi is known for its creativity in advertising, particularly through the execution of its Sound of Rum music video series. For instance, it partnered with Spotify on a program called “Music Liberates Music,” which generated funds—when consumers listened to music tracks—that were donated to struggling artists looking to buy time in recording studios in the Caribbean. Bacardi also partnered with Major Lazer to co-launch a music track, acting as a producing partner for artists that represent the brand’s Caribbean music roots.

Most recently, the brand reimagined the Sound of Rum platform by composing an ASMR-inspired music track using the sounds you hear when making cocktails in a bar. Like the way a knife hits a chopping board as you slice fruit and the sound a cocktail shaker makes. “We worked with some bartenders to create the sounds of their daily work and recorded that to create the track used in the advertising,” Burke says. “The bartenders themselves were also featured, so it was a nice closed loop of working together with our trade partners to create something that was entertaining and stimulating.”

Burke attributes the brand’s award-winning creativity to the way it approaches the creative brief. “It comes about as a result of creating a free and open brief environment for the agencies to work with within,” he says. “We’re really inspired by the work that Fernando Machado has done on Burger King. The way he’s approached the open briefs is fantastic and is something that we shamelessly copied.”

Another aspect of Bacardi’s marketing process that’s been remade under Burke’s leadership is the brand’s influencer strategy. A few years ago, the company used influencers as amplifiers, almost as if they were a separate media channel. Today, the brand partners with them as content creators and increasingly to drive lower-funnel transactions. For instance, Bacardi worked with actor Michael B. Jordan on his directorial debut, a short film called “The Angel Share” that supported the brand’s premium collection. Since Jordan grew up with Bacardi and has opened a cocktail bar in New York City specializing in rum, the partnership read as authentic.

An important part of Bacardi’s marketing strategy lies in experiential, such as the creation of deep, immersive experiences at its distilleries with cocktail master classes. The brand invites more than 600,000 consumers each year to the brands’ distilleries, with people spending two to three hours at a time and perhaps traveling an entire day each way to reach some of them. The other way Bacardi approaches experiential is through activating pop-up experiences at cocktail bars and festivals. “It’s really about creating shared memories. When you’re in a festival field, having the time of your life, when you look back at those times, the shared memories and bonds you create with your friends, for the brand to be part of that moment is very special for us.”