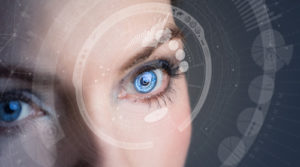 Google achieved search dominance with its undisputed mastery of the knowledge graph, Facebook built a massively influential platform by conquering the social graph, and it’s become increasingly clear that the future will belong to those that that own the identity data graph.

When it comes to cracking that problem, power players like Google and Facebook have a head start thanks to their massive users base and equally gargantuan stores of personal data. One possible way to combat similar domination by the duopoly would be to create an open repository of identity data pooled from a variety of independent sources. Several such efforts are underway, aiming to democratize the identity graph, but they’re in danger of falling flat.

Digital marketing, like the web itself, is becoming an increasingly personalized exercise. Consumers trained on Spotify and Netflix want to receive marketing messages that are as carefully curated to their needs as tastes as their playlists and movie queues. The fuel for that sort of personalization is identity data. The two major platforms that make up the duopoly already hold tons of verified consumer data, and if that isn’t enough to give marketers pause, the specter of data giants like Amazon looming the background should be.

Independent players in the ad tech space have come together with a potential solution–open source identity data, cookies in plain English, pooled from some of the industry’s major independent DSPs and audience targeting platforms. Several such efforts currently exist, including the Interactive Advertising Bureau’s DigiTrust ID program and the Advertising ID Consortium formed by a cartel of independent ad tech players. However, these efforts are in danger of falling flat, a casualty of technology and industry challenges.

Two major forces have been a drag on independent efforts to pool identity data. The first is the clutter of cookies. In order to succeed, independent customer data pools need to synchronize cookies from an array of different sources. Limitations on reading cookies deposited by the various different entities that would need to participate mean that all the different vendors would need to, sync up their cookies in order to know if they’re dealing with the same individual. Organizations and governing bodies like the consortium are needed to oversee and facilitate this syncing of cookies, winnowing hundreds of cookie types down to a handful of groups in order to make identity data usable.

The challenge of making a menagerie of different cookie types accessible is complicated by a larger force, consolidation. The ad tech space is rapidly changing as major and minor players are absorbed into larger tech conglomerates. These acquisitions change the incentives that once drove independent ad tech players to see value in an open identity pool. MediaMath pulled out of one joint effort this summer, though it remains aligned with the IAB’s DIgiTrust ID initiative. More recently, Advertising ID Consortium founder AppNexus pulled out of the group following its acquisition by AT&T another data giant hoping to centralize its own identity resources.

Where do we go from here?

It’s clear that whoever masters the identity data graph will likewise master the next phase of digital marketing. If digital marketers want to deliver the personalized experiences that our customers will increasingly come to expect, without relying on Google and Facebook, or would be duopoly competitors like AT&T, then it’s imperative that independent ad tech providers find a way to bridge the gaps between them, overcome the challenges of cookie syncing, and deliver an open source solution.

Greg Sobiech is CEO of Delve.