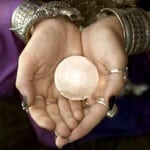 When companies have so much data on their customers, why is it so difficult to identify and successfully act on customers you might be able to retain, and reduce customer churn?

One big issue is timing. More specifically, it’s the ability to analyze individual customer actions as they occur over time. New research shows that if you can identify granular information about customer actions, in sequential order, you can more than double the number of churners you identify and with enough time to intervene and potentially stop them from leaving. The research is based on the results of a head-to-head comparison with a traditional, non-sequential churn model.

Today most marketers aren’t able to do this. Typical customer churn models deliver information that’s too late or too difficult for discovering insights. For example, consider your regular monthly marketing report that indicates 15% of customers are likely churners. You might be able to dive slightly deeper, and note that 80% of those churners made three or more customer care calls the month before they left, but the timing of customer activity is flattened into aggregate numbers. You can dig into the data to then try and intervene, but it’s a manual, time-intensive data-wrangling task. Even worse, the model that identified those likely churners may depend on that aggregated data because it can’t take into account the sequence of events that occurred.

A head-to-head comparison: non-sequential vs. sequential

A recent study by Amplero compared a brand’s traditional churn analysis model against a new sequential model, and found that the major missing factor was timing. Traditional churn models typically identify the red-flag behaviors that lead to customer defection, but they don’t consider the sequence in which those actions occur. As a result, marketers are limited in their ability to identify customers who will leave.

With the goal of determining whether sequence had an effect on identifying churners, separate data scientist teams built two distinct models to analyze the same, real-time data of roughly 1.7 million customers. One model aimed to identify churners in the traditional way, and the other was developed to recognize predictive churn behaviors in sequence.

For two months, the teams analyzed the data to predict which customers would eventually leave. What they found was that the sequential model demonstrated a dramatically more accurate way to identify churners.

In the study the new sequential model correctly identified churners at a much higher rate than the traditional model.

Specifically, what the numbers show is that for long-tenure customers (those who had been with the company for at least 6 months), the traditional, non-sequential model can identify 36% of customers who eventually left. That’s not bad – it’s more than double what you would get if you tried to identify churners at random. However, when the data scientists used the sequential model, they identified 75% of the long-term customers who would eventually leave. That’s more than twice the number you could capture with the traditional model. And obviously, the more churners you can identify, the better chance you have of taking action with those customers to reduce your overall churn rate.

What the research also revealed was the effect of the new sequential model on short-tenure customers (those who had been with the company less than six months, and down to just two weeks). The traditional model couldn’t identify a single short-term customer who was in danger of leaving, because it was only able to analyze and report data on a monthly basis and required six months of history. The sequential model, however, identified 79% of short term-customers who were in danger of leaving, based on as little as two weeks of data.

Why is sequence so important?

To discover why timing and sequence made such a big difference in identifying churners, the team closely examined one common indicator of churn: calls to the customer care center. They found that a customer care call followed by at least a week of a customer’s continuing use of the service lowered that customer’s risk of leaving by about 10%. Even though a call to customer service usually means something is wrong, the timing and sequence (the call, followed by the customer’s continued use of the service) actually indicates a healthy customer relationship – the customer called about a problem that got resolved.

Using this one example, you can see why specific behaviors and sequence matter when predicting churn. A customer care call – or several – doesn’t tell you much about a customer’s attitude toward a product or company. That call needs to be considered within the context and timing of the customer’s other behaviors.

When you add time and sequence to the churn modeling mix, you get much better results. The benefit of a sequential churn modeling technique vs. industry standard modeling techniques is that it acts on the time series of a customer’s behavior and automatically discovers which signals are meaningful. With machine-learning technology, marketers can analyze when a customer takes a specific action, in addition to what actions that person takes. Importantly, you can do this over time identifying subtle behavioral patterns that otherwise may go undetected.

Imagine the possibilities if you could predict which customers are going to leave, and identify those customers more quickly than ever before. You would have the time to follow up and resolve customer issues, or present products and offers that addressed the specific needs of those customers. Identifying churners early and often gives you the opportunity to strengthen customer relationships so that customers see greater value in your product or service and stay with you longer.

Dr. Olly Downs is the chief scientist behind Amplero, a self-learning personalization platform built by Globys.

Why Customer Segmentation Isn’t As Important As You Think

Leveraging Customer Data Without Over Investing In New Technology