No brand can afford to target everyone, yet many brands still attempt to. These brands have gone through the paces of defining a demographic, but it’s often too broad or general to resonate with a specific segment of consumers—that or it resonates with an entirely different subset.

Amazon launched a new Fire HD this past year. It’s built and priced well, but it has failed to make a name for itself in the tablet market. Why? Even with its new features, the Fire is still seen by consumers at large as little more than a reading device. 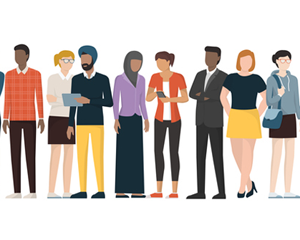 Besides, people don’t just buy tablets for the features; they buy them for what the features enable them to do. If you think about an iPad, its cool, shiny, and the most innovative, and the iPad Pro is more about the possibilities. The Fire HD, on the other hand, promoted its durability. Hard to get excited about that.

MoviePass also ran into problems when going to market. Although it had an interesting premise, asking people to pay a monthly fee for movie tickets wasn’t a sustainable model. It’s not aspirational like a gym membership, where people sign up only never to go. Who’d be most interested in this subscription service? Film buffs. This audience is going to get the most out of every dollar spent.

Of course, MoviePass has tried to offset the losses by increasing its monthly fee, placing restrictions on new releases, limiting the number of movies per month, creating different tiers, and more. Time will tell whether the company ever comes up with the right combination of features to satisfy its audience and make money in the process.

Companies often pay the most attention to what customers want on face value, not going much beyond the surface to connect on a deeper level. It’s easy to assume the video game industry is just about the gaming experience. But while playing, gamers interact with ideas about competition, morality, camaraderie and gender identity. What if game manufacturers spent time examining what this culture really loves?

If you want to connect with consumers on a deeper level for brand marketing, here are three options to make it happen:

1. Think about context.
All products play a certain role in the user’s life. If you understand this role—or the conditions under which a product is used—you begin to see the world from the customer’s perspective, making it much easier to build motivation into a campaign and advance people through the purchase funnel.

Take Apple, for example. The average household owns two or more Apple products. And for 64 percent of people, most of the time spent on these devices is productive, such as using the devices for phone calls, emails, and texts, with social media close behind. Apple should harness that information to prioritize the features and capabilities that enhance the functions people use the device for the most.

2. Explore audience subcultures.
It shouldn’t come as a surprise that a product’s role in a user’s life can vary. In fact, more and more consumers purchase products based on their needs in the moment. If your messaging doesn’t speak to this need, it’ll cost you the sale. When companies’ marketing leaves much to be desired, they risk losing $1 trillion a year in sales, according to Accenture.

Last year, TurboTax kicked off two campaigns at once. The first addressed the fears people face when doing their taxes by comparing the process to other things people are afraid of, such as the dark, noises in the attic, and monsters under the bed. The second drew on the silver lining of situations that don’t go as planned, using the slogan “Hey, at least your taxes are free.” Both were a bit tongue-in-cheek, but the various messages, even within the same campaign, reached different groups of people at different levels.

Take a page out of TurboTax’s book, and delve deeper into your target audience and tailor your advertising to meet its multitude of needs. Break up your audience into subsets so the messaging can be even more personalized.

3. Consider your reputation.
What is your target audience doing for your reputation? Does your current customer base attract other users, or could it be alienating them?

Harley-Davidson began to ponder this a few years back. The company figured its customers were predominately older white men, and all the products, partnerships and messaging coming out of the brand were based almost exclusively on that. The only problem: Brands can’t grow without new customers. So the company did some consumer research and found that its core customers were keeping young riders, women and people of color from buying Harleys. The interest was there; they just felt like the brand wasn’t for them.

Harley-Davidson doesn’t have to abandon its base, but the manufacturer is now testing an all-electric motorcycle and manufacturing new street bikes, touring bikes and lighter-weight models—as well as adding some upgrades to its established lines—to reach those other folks who haven’t felt like the brand was open to them.

When brands take the time to understand customer culture, they’re in a much better position to identify need. This makes it that much easier to build relevant marketing campaigns and develop products and services specific to their base—a winning combination, if you ask me.
Mark Bradley is the president of independent creative agency Bradley and Montgomery (BaM). He can be reached at mark@bamads.com.