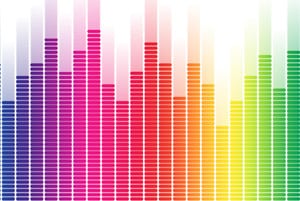 According to a report by Accenture, 87% of consumers use a smartphone while watching television. This collision course of entertainment, broadcast and the Internet, combined with new advancements in automatic content recognition technology—something called audio watermarking—actually offers marketers exciting new ways to use the second screen to reach consumers with a more relevant and meaningful message.

Audio watermarks are silent unique identifiers embedded within an audio or video signal. Traditionally broadcasters have used it as a way to identify ownership of copyright. And it also offers up some really interesting opportunities for marketers.

In a survey of 28,000 consumers across 28 countries, Accenture found widespread disenchantment with digital advertising. High frequency and poor timing of digital advertising can lead to a brand’s message being perceived as annoying or just part of the white noise. Ultimately what we are after is some direct correlation between the advertising/brand message and a consumer’s action. What brands highly desire in the age of technology is the equivalent of Google Analytics for broadcast with clear return on investment for television and radio advertising.

How can marketers use technology to create greater levels of engagement? How can the brands connect to audiences in a more effective way with the right message at the right time, spur consumers into action, and track a campaign through final results?

One of the things professionals in the industry know is that people make emotionally driven buying decisions, so we want to catch them right in the moment of emotional connection with our marketing message. The challenge has always been to create a direct, positive, in-the-moment connection between the entertainment a person is engaged with (on television, in a cinema, or online) and a brand.

Audio watermarking overcomes that challenge by creating a direct link between broadcast content and a person’s smartphone. Let me give you an example from a real campaign that achieved remarkable results.

During the 2015 Australian Open, KIA Motors Corporation leveraged audio watermarking in TV commercials aired during the tournament to connect directly with viewers’ mobile phones. During a commercial break, viewers were alerted to use KIA’s Game On app on their mobile to try to return the serve of the world’s fastest server, Sam Groth, delivered on screen. The connection between the television screen and the smartphone was achieved with audio watermarking. Successful returns were entered into a leaderboard and each point entered the participant into a contest to win a KIA Cerato Koup Turbo car. Over 370,000 fans downloaded the app, used it an average of 20 times and spent 15 minutes on average using the app to play tennis. The campaign resulted in a 79% more positive lift in brand sentiment and an 8% increase in KIA car sales.

Using audio watermarking to deliver the right kind of brand/advertising message at the moment a person is feeling a positive emotion offers consumers a ‘call to action’ that is contextual, non-intrusive, and completely actionable in the moment. And it allows marketers to finally achieve the important goals of relevancy and measurability for proof of their contribution to a client’s return on investment.

Daryl Hemingway is the CEO and founder of SmartTones.