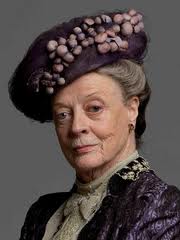 Maybe I've been watching a little too much "Downton Abbey" lately, but I think we as a society need to show a bit more decorum.

It could be that I'm just getting old, but in my day, there was a time and a place for cursing. Now don't get me wrong, I enjoy swearing. I do it very well and frequently—ask my friends. When I'm in the right mood, I could put any sailor to shame with my creative use of blue language.

But there's a time and a place, and as M.I.A. has hopefully realized, the Super Bowl half-time show isn't it. Was I offended by her gesture? Nah, it just seemed like a classless act in the midst of a very enjoyable poppy performance.

I'm more annoyed by the seemingly ever increasing number of folks on Facebook who use curse words with abandon. Sure, everyone is free to post whatever they want. But when I see the f-word pop up in my feed it makes me cringe—and not only because my son is often looking over my shoulder to see if there's pictures of anyone he knows on my page. Rather, it's that in print expletives just seem very harsh and unnecessary. It's one thing if they fly out of your mouth in the moment, it's another when you deliberately type them for hundreds of your friends to see (and hey, maybe their friends too, depending on how your privacy settings are set).

Years ago in Direct magazine, I use a very old joke in a column. A rich man had two sons, one an eternal pessimist and the other an eternal optimist. To test their true natures, he put the pessimist into a room with every toy a kid could want. The boy just grumbled and said "Who cares? They'll all get broken anyway." He then put the other boy into a room full of horse manure. The lad ran in laughing and throwing the poop in the air. "What are you doing?" the father asked. "Why dad," he replied, "with all this s—t, there must be a pony!"

At the time, a reader took me to task for this, saying the word was crude and not appropriate for a professional publication. I shrugged it off, explaining that hey, it was a joke.

But now, maybe I see their point. This afternoon, a PR person I had never spoken to before called. Without a hello or any kind of introduction, he launched into his patter. "Hey, I emailed you a press release earlier today about XXXXX…." Before he got too far, I told him one of his colleagues had already called me about it an hour earlier.

Um…WHAT? I replied that this was one of the oddest things a PR person has ever said to me. "Well, just figured I'd be honest," he said, again giving a dumb laugh. "So, do you want the story?"

Yeah, I'm busy so I'm going to hang up now and maybe get back to you when I've read the press release. Or not, because I'm not sure I want to deal with your firm at all now.

So, where do you stand on the use of profanity and lewd in business, social media and marketing? Share your thoughts in the comments. Me, I'll take the Dowager Countess as role model over M.I.A. any day.