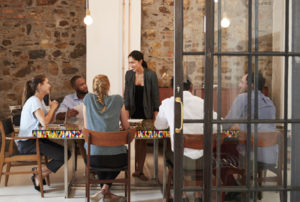 If you want to connect with Millennials in the workplace, you need to tell them a good story—and then hope they retain what they heard.

A new study shows that more than half of all business professionals say a great story captures their focus and keeps them engaged with content, while 41 percent are drawn in by stimulating dialogue and 33 percent with visual stimulation. More than a third of Millennials says they only engage with content they feel has a great story or theme.

The 2018 State of Attention Report, conducted by Prezi and Kelton Research, looked at the effectiveness of content with over 2,000 professionals in different demographic segments, including Millennials, Gen X and Boomers.

Forty-nine percent of respondents have become more selective about the content they consume. This selectivity may make some professionals more focused but consumption habits are changing overall. Thirty-eight percent said all of the content they now consume is digital, with the same number noting they bookmark content to return to later. More than half apparently aren’t actively seeking out content to feed their interests: 63 percent said they let content find them, rather than seeking it out themselves.

The cost of getting and keeping professionals attention is high: 95 percent of professionals surveyed said they multitask during meetings and over a third lose track of the information being discussed.

One in five admitted such multitasking has caused them to make an error on the job. This is because many have trouble retaining the content they’ve consumed. Fifty-six percent of Millennials said they had to watch, read or listen to something again when their attention was divided between multiple pieces of content, compared to 49 percent of Gen Xers and 44 percent of Boomers. More Millennials (45 percent) overall reported issues retaining the material they consumed, compared to Gen X (36 percent) and Boomers (33 percent).