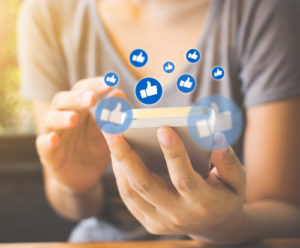 Facebook advertising is a good place to spend your budget quickly, but if you aren’t following the most recent app advertising best practices, you can easily burn through hundreds—even thousands—of dollars in just a few minutes.

At first, the ads might even look like they’re performing well. You’re getting a lot of clicks. You might even be getting some installs. But the final outcome ends up not being worth the cost. You’ve wasted most of your ad spend reaching the wrong people, or you’ve spent $20 to get a customer who won’t ever spend more than 99 cents.

Facebook advertising doesn’t have to include so much wasted ad spend. It can be a massive, reliable source of new users – and that’s especially true after the improvements they’ve made to their automation and campaign management tools over the last year.

Minimizing clicks is good, but the real benefits happen if you’ve set up the Facebook SDK. With that tracking set up, you’ll start gathering information about how people are using your app and who’s using your app. That data can be used to optimize other campaigns later on.

One caveat: If you’ve just started advertising, you may have to wait before you get access to value bidding. Your account needs to accrue enough app event data for value bidding to work.

To manage these differences, create two campaigns: one for each bidding type. Then watch the campaigns carefully, and move budget to whichever one performs best.

The bidding structure you pick can make a big difference in results, but the only way to know what will work for you is to test.

So here are your options: Automatic or manual bidding.

Automatic bids are designed to meet your Facebook advertising campaign goals for the lowest cost, while manual bidding lets you have more control over your cost per acquisition.

Unfortunately, you can’t always get an apples-to-apples comparison of how the two types of bidding compare. Value bidding currently uses automatic bidding only, though that may change soon, as manual bidding is in beta. In the meantime, try using manual bidding for app events.

Also test bid types with and without auto-bidding. Just be aware that manual bidding will require manual bid adjustments to maintain scale, and those bid adjustment will trigger “significant edits” (thus affecting your campaign performance) if you change bids by more than 30%.

Bidding higher doesn’t just mean your ads will reach more people – it also means you’ll have access for higher-quality inventory. Think CNN versus “Uncle Archie’s Fishing Tips and Movie Reviews.” If your audience targeting is done right, those higher-quality sites could more than pay for themselves.

Bidding higher can be particularly effective if you want to aim for quality over quantity; for instance, if you go after people more likely to pay for a $20 app than a freemium app. Try bidding high to capture paying users via app event bidding.

Just increase your bids slowly. First, try a 10% increase to your bids. If that doesn’t trigger any significant edits, try a 20% change.

If you slowly increase your bid like this, you’ll eventually find the tipping point, a sweet spot where you can get just enough exposure to the right audiences to make your target acquisition costs work.

You may also want to test these type of bid changes on small and big-budget campaigns separately. Campaigns with smaller budgets can handle a larger change in bid values without triggering what Facebook deems a “significant edit.”

(A “significant edit” is any change to a campaign, ad set or ad that’s enough to cause the Facebook ad algorithm to shift your ads back into the learning phase. If this happens, it can muddle test results. Even pausing your campaigns, ad sets or ads is enough to trigger a significant edit. It’s a problem because your ads won’t perform as well in the learning phase as when they’re in the optimized phase.)

If you’re running an app event or value bidding campaign, use auto bidding and set it so all placements have broad targeting. This will let the Facebook ad system dynamically adjust bids and find the best audience for your app.

Audience testing is essential. If you’re not doing it, you’re almost certainly wasting a lot of ad spend. So test several different audience types along with different bid types. This will maximize your ads’ reach but still let you find new users affordably.

These audience types and ad placements can work well:

This one’s simple: Turn on Facebook Advertising Campaign Budget Optimization. It will manage your daily ad spend without you having to go in and temporarily pause a campaign, which would be considered a “significant edit” and put the campaign back in the “learning” mode.

If you’re working with a brand new account with no historical data whatsoever, you need to use a multi-ad structure.

This is easy to do. Just set up at least two to three ads within a single ad set. Use a budget of about $100-$200 for the set. Let that run (with tracking installed, of course) and accrue performance data before you expand the campaign.

Your strategy should change if you’ve got an existing account that has enough historical data. In that case, use a multi-ad structure with higher budgets (ex. $200 or more per ad set).

Campaigns with campaign budget optimization do tend to be more profitable, but that comes with an added complexity: CBO campaigns usually hit a spending threshold where return on advertising spend (ROAS) will start to fall off.

There are two ways to fix this:

There are times when learning mode is a good thing, and could reduce wasted ad spend later on. For example, if you make significant edits while you’re launching a new ad, having the campaign re-set into the learning phase to maximize the ad’s performance makes sense. It could have a positive effect.

Deleting a bad ad is another opportunity for the learning mode to help you out. You don’t want that ad’s bad performance to affect your Facebook advertising campaign’s history, so re-setting the campaign in that instance could help, too.

Pausing Facebook advertising campaigns, ad sets, and ads also has its place. As mentioned before, pausing any of those three things is a “significant edit” – it will trigger the campaigns being brought back into learning mode. But if an ad (or ad set, or a campaign) had been performing well, but then stopped performing, it makes sense to pause it. If you can’t find some way to fit it, it has to stop running. You can’t just let it continue to waste ad budget.