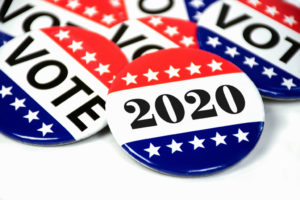 We’re a day past Super Tuesday and the results are… kind of in. Presidential hopefuls Joe Biden and Senator Bernie Sanders led the pack of Democratic primary candidates on Tuesday, with most reporting in by Wednesday evening. But as for which candidate will take the delegate lead, the results are still unclear—thanks to California and other states still counting mail-in votes and provisional ballots.

In the run up to one of the largest opportunities during the primary for candidates to clinch delegates, candidates embraced marketing approaches with differing social media strategies and invested in varied paid advertising platforms. For instance, Michael Bloomberg, who announced his withdrawal from the race on March 4 following a disappointing performance on Tuesday, used paid influencers and memes, boosting his Instagram following by 50,000 during the campaign, according to an analysis of candidates’ digital strategies by PRNEWS.

By contrast, Senator Bernie Sanders’ army of 300,000 on Reddit, 5 million on Facebook and 10 million on Twitter represents a combination of new fans and an established base from previous years. It also resulted in more organic meme generation than Bloomberg’s campaign did—and thus came across more authentic.

In terms of advertising spend, it’s widely known how Bloomberg has spent a record-breaking amount of funds to bolster his campaign through paid media. He spent more than $30 million on TV advertising in Los Angeles and San Diego alone and $900,000 in Duluth, MN, according to AdExchanger. Meanwhile, Sanders spent $900,000 on Google and Facebook ads in California, less than both Bloomberg and former candidate Tom Steyer. As for Biden, he focused on southern states, putting his only six-figure buy in that part of the country.

Read more for a deep dive into the candidates’ social media strategies as well as their approach to digital advertising.