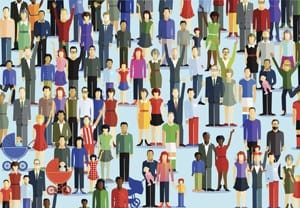 Up to 50% of churn can be reduced—instantly—without even having to execute a retention campaign.

It isn’t a fantasy. Companies today are faced with two challenges: Casting their nets as wide as possible to attract a maximum of potential customers, and guiding them to a payment proposition. But how do you keep customers from dropping off, by canceling their subscriptions or allowing their subscription auto-renew payments to fail?

While the reasons for churning are as diverse and complex as each individual, knowing why it happens, and when it’s most likely to, can cut your churn rate down significantly.

Who’s at risk of churning?

Typically, marketers tempt people to join their services with a discount, so they can try it. A trial period for a user generally lasts up to three months. This is a good psychological figure to keep in mind—it isn’t too long, but not too short, either.

It’s the period between three and 12 months when you really need to hold them. They could still be in assessment mode, and haven’t necessarily build brand loyalty yet, or decided where the service fits into their lives. Keep a close eye on these people.

Past the 12-month mark, you’ve got loyal clients. Don’t do anything to upset them! Offer enhancements and improvements, and pay attention to their feedback.

These are the two primary types of churn, voluntary and involuntary. Voluntary churn is when the end user actively decides to cease their subscription, either by going to a website, clicking cancel or phoning customer support.

Involuntary churn is more common and often referred to as payment breakage. In these cases, a customer doesn’t want to churn but their subscription renewal fails—because of a payment issue, their card has expired, there are not enough funds available or because the card has been lost or stolen. In some cases it might be because an auto-renewal was never set up. Ultimately, your system cancels the subscriptions and these users involuntarily disappear.

Cutting down on involuntary churn

Involuntary churn should be your first priority, because it’s the easiest to resolve, and none of your customers are actually unhappy. If you want to go fast, opt for a machine learning program. There are solutions available that directly target the culprits of involuntary churn, and I’d suggest selecting one with these specific options:

If you’ve already tackled involuntary churners, half your battle is won. Voluntary churn is more complicated, because it relates directly to your service: You’ll need ongoing feedback from your editors, users and anyone else at a consumer touchpoint. To impact this aspect of churn, you have to improve your overall service.

In the case of voluntary churners, a machine learning program that specializes in user attrition is also helpful. Look for solutions that include a probability to tell you what the likelihood is of somebody churning in a defined period of time—ie., one month, three months or one year.

Actively focus on the clients who are 75% likely to churn within the next three months. By zeroing in on high-risk churners, you can better identify why they’re high-risk, and target them accordingly. Often the reasons are simple—maybe they just turned off auto-renewal, in which case you can remind them to re-subscribe.

Other times, a slew of factors have coalesced to produce voluntary churn. For example, if you’ve noted a significant drop-off in engagement accompanying a high rate of churn, it’s likely customers have become disengaged. Re-engaging them, with a focus on what they’re especially interested in, may be sufficient to solve the problem. If you find that they’re only interested in sports content, propose a reduced-price package that offers only sports and nothing else.

A re-engagement campaign may also inform you of other issues. For example, did they call customer support three times, with no luck at solving their problem?

Stay in step with your customers

Involuntary churn is a simple enough problem to fix. It can be dramatically reduced with a smart program that ensures people don’t just fall off, leaving you less grunt-work.

Keep a close eye on your voluntary churners, particularly those at a high risk of churning over a short period of time. Maintain a close relationship with them, and evolve your offering as their interests change.

The good news is, the longer customers have been with you, the more likely they are to remain, and customers that stay longer tend to spend more over time. (Long-term customers are also less price sensitive.)

Like people, a company should grow organically and in pace with the market. As long as you stay in step with users—and occasionally even surprise them by showing you appreciate their loyalty—churn will dramatically decrease as you grow.

Chris Cheney is co-founder and CTO of MPP Global.