It appears that, yes, men are from Mars and women are from Venus when it comes to the online influences that affect their purchase decisions.

A survey of 1,500 online consumers uncovered how celebrity endorsements, peer recommendations and online marketing channels impact consumer purchasing behavior—and if they influence men and women differently. While 34 of consumers are more likely to purchase a product endorsed by their peers, only 3 percent are more likely to make a purchase based on celebrity influence. Specific to that 3 percent, here’s what we found:

Men appear to be more “starstruck” than women when it comes to engaging with celebrities as influencers. Out of the respondents who admitted they are swayed by celebrity endorsements, more than half are men (56%). However, only 44 percent of the women owned up to being motivated by the movers and shakers. At the same time, of that group of 3 percent. . . 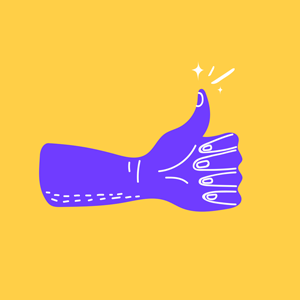 Celebrities Carry More Sway with Men than Women
Men appear to be more “starstruck” than women when it comes to engaging with celebrities as influencers. More than half of the men we talked to (56 percent) admitted that they were swayed by celebrity endorsements. However, only 44 percent of the women owned up to being motivated by the movers and shakers. At the same time . . .

● A “connection” matters as 54.6 percent of men reported that they were more likely to purchase a product because of their personal admiration for a celebrity endorser versus 45.4 percent of women.

● Admiration is important to women, but there is a caveat. More than two-thirds of women (67.2 percent) said they were more likely to purchase a product because of their admiration for a celebrity endorser—but only if they needed the product. This compares with just 32.8 percent of men who said the same thing.

● Celebrity endorsements can also get men to open up their wallet extra wide as 63.8 percent of the male survey participants said that a celebrity could successfully persuade them to purchase an expensive product versus a peer. Only 36.2 percent of women took the same position.

● Still, more than half of the surveyed online consumers who purchased a product as a result of reading an online blog review or a social media post about it (50.9%) said they would not be persuaded by either celebrities or peers when it comes to purchasing an expensive product.

Peers Possess More Power Than Promo Codes
Women are more apt to be influenced by their peers, which is not surprising since we tend to trust the views of women who look like us. Of those surveyed who said they were more likely to consider a product endorsed by a peer, 63 percent were female and 37 percent male.

In contrast, less than half of women (45.5 percent) were more likely to purchase a product if they had a promo code while just 37.1 percent of men shared the same perspective.

Channel Matters—A lot
Our survey also uncovered very distinct differences in online channel preferences between men and women. Not only did we find measurably distinct platform preferences among those surveyed but also equally diverse engagement behaviors.

● Almost one in four online consumers who told us they had purchased a product as a result of reading a blog review or social media post about it (23.3 percent) said Facebook has the most influence on their purchase decisions.

● For women, Pinterest is the preferred research tool. Among survey participants, one in five women (20.1 percent) reported they had used Pinterest for research while just 8.2 percent of men reported doing the same.

Yet, for all that these channels provide both men and women, peers are still powerful. One in four online consumers who said they purchased a product as a result of reading a blog review or social media post about it (24.7 percent) said they’re more persuaded by peers.

Advertising to men and women individually is nothing new, but in today’s influencer-intensive marketplace it’s never been more critical to understand where they’re online, what motivates each and who and what has the greatest influence. Because, without those “planetary coordinates,” your content marketing could wind up in the wrong orbit.
Holly Pavlika is senior vice president, marketing & content, Inmar. She can be reached at holly.pavlika@inmar.com.