Marketers have found their groove with influencers.

A full 75 percent of marketers are using influencers as a marketing tool and many plan to increase spending—43 percent—on it in the next 12 months, according to a new survey from the ANA.

Of the marketers that are not currently deploying influencer marketing, 27 percent reported that they plan to do so over the next year. 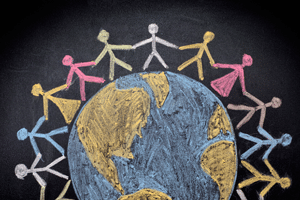 “It’s clear that the popularity of influencer marketing has increased among marketers in recent years, largely due to the growth and evolution of social media,” ANA CEO Bob Liodice said. “We’ve found that a growing number of marketers are turning to influencers to help them combat ad blocking, leverage creative content in an authentic way, drive engagement, and reach millennial and gen Z audiences who avidly follow and genuinely trust social media celebrities.”

The size of influencer fan bases varied widely with brands hiring influencers with audiences ranging from a mere 50 followers to more than 100,000.

• 86 percent of respondents said that general brand awareness was an objective for engaging in influencer marketing.
• 69 percent use influencer marketing for content creation and distribution
• Over half use it to improve brand perception (56 percent) and drive purchase (51 percent).
• More than half of brands (66 percent) use mid-level influencers; 59 percent use micro-influencers and 44 percent use macro-influencers.
• Almost two-thirds of brands (62 percent) compensate influencers monetarily, while over one-third of companies (35 percent) provide free product in exchange for influencer services. Thirty percent provide monetary compensation for each individual post. Among respondents with knowledge of how much compensation their brands’ influencers receive, 62 percent said they spend under $100,000 annually and 38 percent spend over $100,000.
• 44 percent were neutral about the effectiveness, 36 percent reported it is effective, and 19 percent said it was ineffective.
• Thirty-eight percent use #sponsored and 35 percent use #ad to convey that an influencer post has been paid for and sponsored by a brand. According to FTC guidance, ambiguous disclosures like #thanks, #collab, #sp, #spon, or #ambassador are not sufficient.

Just about a year ago the FTC notified 90 Instagram influencers that they needed to more clearly disclose partnerships when pitching branded products and services and social media platforms. The letters were addressed to both brands and individual influencers and celebrities and identified the specific social media post, product or service endorsed and a quote from the influencer’s Instagram post.

The ANA made a number of recommendations based on the survey, including understanding what tracking measures and KPIs an influencer can provide and deliver on before entering into an agreement and that more followers doesn’t always mean better results.

Fake Influencers are Grabbing Headlines: How to Hire Trustworthy Influencers

What Micro Influencers Can do for You