Generating mass reach through viral video share is an important goal for most marketers, but a shift is underway. You can post your video on Facebook, Twitter, your homepage or other channels, but if the content isn’t grounded in a great idea that is engaging, relevant, meaningful and valuable—like the Budweiser responsible drinking video—it will likely fizzle fast. 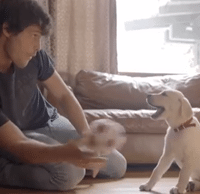 Facebook is the clear frontrunner when it comes to viral video share on social in the U.S. at 61.2%, followed by Twitter (14.1%) and Google (6.6%). Tumblr, Pinterest, reddit, StumbleUpon and email also play smaller roles, according to a report from Unruly Media. The primary reason users share the content is to entertain (44%), to educate (25%), to share something that is a reflection of who they are (20%) to show support for a cause (10%) and to learn something about the people of their friends’ list (1%), reports Fractl.

The frequency with which social network users worldwide share video may be a signal that focus on storytelling and entertainment value are critical if a brand is looking to gain mass share or reach the right audience. The Budweiser video has more than 22 million views.

“Most marketers will tell you getting viral share is not a science, it’s basically art and a crap shoot,” says Paul Verna, senior analyst at eMarketer. “At the end of the day it’s like anything in pop cultural, if it resonates with people it will take on a life of its own, but that’s very hard to predict and plan for.”

Video consumed on any digital device by the U.S. audience will surpass 200 million this year, making up not quite two-thirds of the entire population, according to eMarketer.

A key stat for marketers is that the growth of viral video share appears to come from older audience segments, because the younger segments are already consuming digital video. For example, Internet users age 65+ that watch digital video content via any device at least once per month made up 36% of this group in 2013, compared to 80.1% by 2018. Compare that to 8-to-24 year olds whose number moves slightly from 93% in 2013 to 96% by 2018, eMarketer projects. More than 64% of all digital video viewers are in the 18-to-54 age groups, a suitable target for nearly every brand marketer. And most are watching after 4 p.m.

“The conversation that we’ve been having around communication is defining who the consumer is, what the personality of the brand is and that and we understand the consumer,” Sarah Cunningham, senior managing director, client service and development at TPN says. “We know that the audience will reward the brands that they discover in the world’s they inhabit. The content should be genuine and part of something the target audience is already interested in. The content needs to be a great example that the brand gets it and that they get me.”