Is your boss telling you to put new tech before anything else? Does this sound like your to-do list: develop an AR or VR then quickly launch a Chatbot to interface with Facebook Messenger. And don’t forget to get on that Alexa Skill—ASAP. 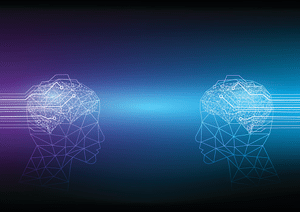 It’s a conundrum that many marketers face. Andrew Stephen, a Forbes contributor, has been researching how marketers should approach new AI-based marketing technologies and not get caught up spending wasted time and money on the latest new “it” tech.

He outlines a six step systematic series of questions that all marketers should ask themselves, including will the technology be relevant to customer segments, do we have the internal capability and what are the associated costs and risks.

Take Apple’s Siri. While the idea of a robot assistant seems appealing to a wide swath of consumers, the reality may not live up to the anticipation. Siri is only reportedly used by about 15 percent of iPhone users. That leaves 85 percent of iPhone users who don’t seem to find value in the robot pal who lives in their pocket. (Intelligent Voice)
Even more troubling, 46 percent of iPhone owners who do use Siri, believe that Siri’s capabilities have been “oversold.”

As Siri is a primary selling feature for a flagship product from one of the most renowned technology companies in the world, this begs the question—can anyone really execute an interactive voice recognition-based bot in a useful and meaningful way,? Katie Lundin, marketing and customer support at Crowdspring, says.

On Facebook, the bar is being raised on what businesses can do to enhance their presence on the site by offering tools for a next-generation customer experience. While many businesses are still struggling to update their social pages on a regular basis, others are preparing to make a mega leap forward with AI—and using Facebook as the platform to do so.

Businesses of all sizes need to keep an eye on the AI updates Facebook is introducing for they might become the norm much sooner than we think, says Adrian Fisher, CEO of PropertySimple. She cites five updates:

“Marketing leaders must be in the driver’s seat when it comes to considering new tech projects in their organizations. Putting humans–customers, predominantly–first and technology second can be hard when there’s increasing pressures from inside and outside the organization to do new things with tech,” Forbes Stephen says.