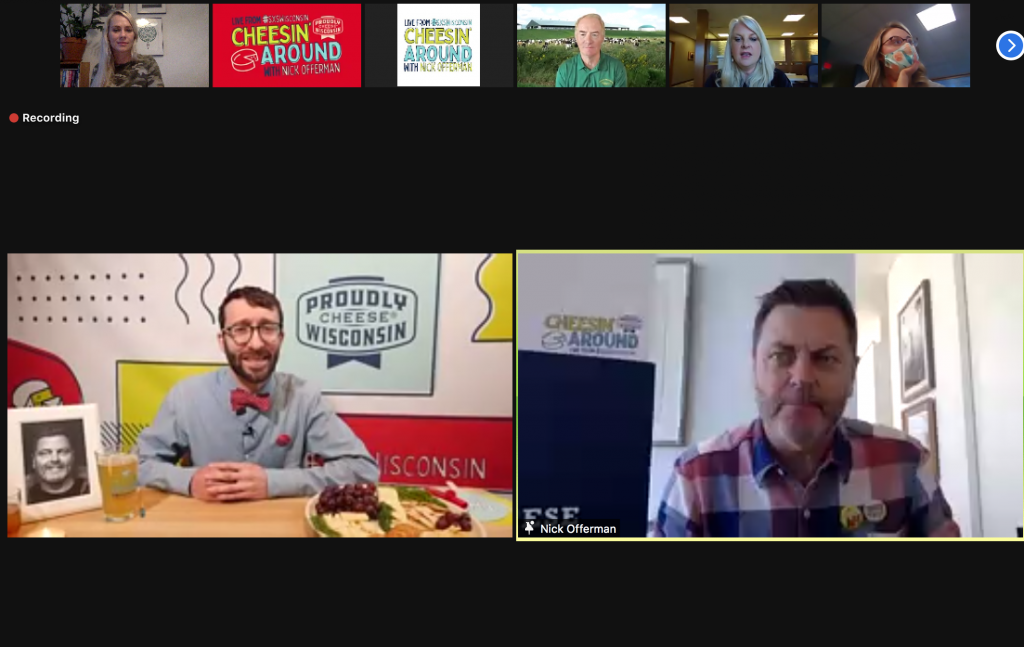 Wisconsin Cheese is a brand that goes big when it activates at SXSW. Real big. In its first year at the festival, it built the world’s largest cheese board, spanning 70 feet and featuring more than 2,000 pounds and 100 different types of cheese, all made with Wisconsin milk. The following year it kicked off a national pop-up tour and originated a new community of Wisconsin Cheese fans called Cheeselandia. And of course, 2020 was a bust thanks to the pandemic.

So when SXSW announced it would hold an all-digital festival for 2021, Wisconsin Cheese knew it couldn’t disappoint its fans. Not to mention, grocery stores had stopped doing cheese tastings during the pandemic, which meant that a virtual sampling event was the only way to drive trial.

The solution was a highly interactive, Zoom cheese tasting attended live by “Parks and Recreation” star and Midwest native Nick Offerman, complete with celebrity cameos, trivia for prizes, interviews with cheesemakers, musical performances and personalized cheese boxes for the first 2,021 ticketed attendees who registered for one of the three, 30-minute sampling events on March 18.

“As soon it was announced they were doing a virtual SXSW, people began to say things like, ‘Now if only I could get that giant cheese table in my living room,’ or, ‘I’m going to miss the cheese,’” says Wisconsin Cheese CMO Suzanne Fanning. “So we said, let’s throw a giant SXSW party for all the attendees—and show them that we could make this whole virtual thing work.”

The key to getting people to buy cheese? Let them taste it. And that’s just what the brand did, by leaning into personalization and participation for its Cheeselandia community. For more on the brand’s SXSW virtual event, read on in Event Marketer.