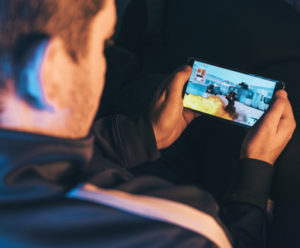 As we all know, influencer marketing overall is growing by leaps and bounds. Adweek estimates the influencer marketing industry to be worth $10 billion by 2020. In recent years, countless gamers have started live streaming their game performances, garnering millions of followers. These influencers have built up massive reach with engaged gaming and esports audiences who are interested in playing hyper-casual games.

According to Forbes, the highest-paid YouTuber of 2018 earned around $22 million. There was also an 86% increase in the number of Twitch streamers generating revenue. While still a new frontier, influencer marketing has quickly become an important part of a hypercasual game marketer’s acquisition strategy.

Influencers are often seen as relatable and credible because of how transparent they are with their viewers about their personal lives. In return, they have a stronger impact on a player’s intent-to-buy than “traditional” celebrities. According to HubSpot, 71% of consumers are more likely to make a purchase after seeing a product reference on social media.

“Hyper-casual” games are lightweight games that have simple mechanics and are easy to start playing. How can influencers help promote these types of games?

Once you’re ready to partner with gamers to promote your brand, how do you find them?

Gamers across the globe use lots of different platforms to connect, but the most popular for hyper-casual games are YouTube and Instagram. Over 1.3 billion people use YouTube; 5 billion videos are watched there every day and over 300 hours of video are uploaded to the platform every minute. Instagram has grown tremendously in just the past few years, now reaching over 1 billion monthly users with over 500 million actively engaged in Instagram stories every day. In fact, 95% of US Instagrammers also use YouTube, so it’s an opportunity to create a cohesive cross-platform campaign.

Making interesting content can be daunting, but that’s exactly where influencers can be most helpful. Many influencers have thousands of subscribers who get a notification every time they upload a new video. When you collaborate with these influencers, you can get access to this highly engaged audience. Your content also earns credibility due to the friendly rapport these influencers have with their fans. 60% of users seek out and discover new products on Instagram, and 75% will typically take action, like visiting a website and visiting the app store. Gaming influencers usually have their schedules visible on their profiles—in addition to maintaining social media accounts for promotions and networking—to generate visibility and interest ongoing.

Micro vs Macro Influencers for Gaming

Next, you’ll want to focus on sourcing the right movers and shakers for your hyper-casual game. When selecting an influencer for your campaign, you should take the following points into consideration:

Aside from this, the selection of your influencer will also depend on your budget and goals. For instance, if you want to target a more niche audience, working with micro-influencers can be extremely fruitful. They have a relatively small, yet highly engaged audience, and they are less expensive compared to those with millions of subscribers, which on the other hand, will be costly but will get you greater reach.

Regarding frequency of hiring an influencer, consider that if you make two videos with the same influencer, you will be reaching the exact same audience with the second video, likely with lower conversions. This is different than if you created a social ad campaign on Facebook, for instance, where its audience builder is continuously refreshing and searching for new lookalike audiences to show your ads.

Tracking the results of influencer marketing campaigns poses some unique challenges, versus other more traditional marketing tactics like social advertising or search. For instance, historically, many marketers have admitted to not using trackable URLs in their influencer campaigns. Even if you are using trackable links, many users may go direct to the app store to download your title, appearing as organic installs, rather than clicking on the trackable link in the influencer’s description of their posted video. These are non-tracked installs, and it’s estimated that these may attribute to roughly ⅔ of all the conversions that you get from an influencer campaign.

Influencers can create a variety of engaging content for you to promote your hyper-casual game and acquire new players. In today’s world of Millenials and Gen Z, setting the best gaming and esports influencer marketing strategy is sure to help your hypercasual game win big.