As summer shines on the horizon, Kool-Aid Man is making his case on social media for a new product, Kool-Aid Sparklers. 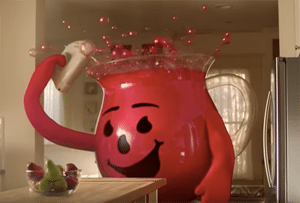 Sparklers turns Kool-Aid in a new direction with a beverage for older kids and teens that combines the traditional flavors of Kool-Aid with bubbles in a sleek can. Teens are a new market segment for the brand and it is making waves in places where teens frequent as a way to modernize the 90-year-old brand mostly thought of as a summertime drink.

The well-known pitcher-shaped character can be seen in a series of 15-second videos where Kool-Aid Man starts bubbling when he hangs out with teens in parks, malls and other places teens hang out. The creative is from McGarryBowen.