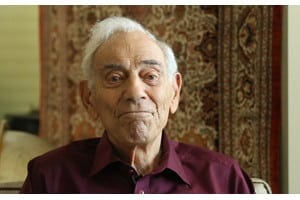 This week, marketing lost one of the greats when legendary copywriter Herschell Gordon Lewis passed away at age 87.

Herschell was a longtime contributor to Chief Marketer and Multichannel Merchant, and a respected friend to the editors of both publications.

To celebrate his talent, we’ve compiled a small collection of some of his best articles from both publications. Enjoy the wit and wisdom of Herschel Gordon Lewis and learn from the best.

An ancient rule of social awareness: When you want to impress someone, ask a question…

Curmudegon at Large: On the Edge of a New Era

We in our sacred world of force-communication don’t keep time on a year-by-year basis, the way more conventional historians do. As I see it, we’re in the “Fourth Age.” Here’s the chronology…

Email Subject Lines and the Law of Declining Significance

You have a quick moment to seize and use a potential responder’s attention. You’re at point-blank range, as close as you ever may be. Fire! Rationalize with care an assumed friendship after you’ve established rapport…

The Best and Worst Catalog Copy of 2015

About a hundred years ago, U.S. President Woodrow Wilson made this telling remark about the perils of being in the position of making an evaluation: “When I make a political appointment, I create 99 enemies and one ingrate.” That seems to be implicit in judgmental relationships, and we prove it year after year in the annual “Best and Worst Catalog Copy” column.

Curmudgeon at Large: Did Ozzie Nelson Have It Right?

Bandleader Ozzie Nelson achieved enough fame to become a national figure, and eventually he and his wife Harriet starred in a harmless radio and television series, “The Adventures of Ozzie and Harriet.” So what does that have to do with my ongoing curmudgeonly instincts?

The Difference Between Social and Sociable

Too much time has passed for any of us to think of social media with the same attitudes we had when they first burst upon the communications horizon. Now, after the inevitable transition to a commercial posture, the “social” label is silly. As a medium, Facebook is no more social than conventional email.