Alcohol advertisers around the world are still reaching young people with their marketing, particularly through music and sporting events, a global study has found. 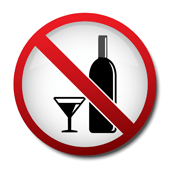 The UK findings, reported in The Guardian, indicated that alcohol marketers were not following their own voluntary codes of conduct, prompting public health experts and others to call for an eventual outright ban on alcohol advertising in the UK. In the short term, experts are calling for alcohol ads to only appear in newspapers and other adult press.

The report specifically called out the 2014 FIFA World Cup and a Captain Morgan video that was banned because it appeared to promote alcohol as a confidence builder.

What this portends for alcohol marketing in the U.S. is unclear. However, children’s advocates and others have repeatedly pointed to The Super Bowl and other U.S.-based sporting events as venues where underage people are frequently exposed to alcohol marketing.

The Alcohol Health Alliance, a group of 40 organizations with a shared interest in reducing the damage caused to health by alcohol, weighed in. “It is clear that self-regulation is not working and we welcome calls for greater action from governments to protect children from exposure to alcohol marketing,” AHA Chair Ian Gilmore said. “We know that alcohol marketing contains content and messages that appeal to children, and that due to exposure to this advertising, children drink more, and start drinking at an earlier age.” Read the article …