For more than a century, brand marketers have partnered with sports teams and individual athletes to grab the attention of consumers—whether it’s through sponsoring the local Little League team, displaying superstar athletes on a cereal box or spending more than $133,000 per second on Super Bowl ads. 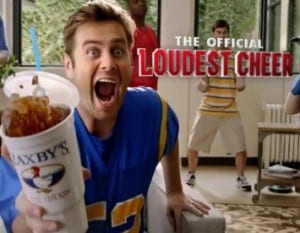 But as costs have skyrocketed, brands have turned a more critical eye on their sports marketing expenditures to determine if the ROI is more than just box seats and an autographed ball for the CEO. Sports marketing can deliver significant returns, but the degree of success varies across sports, leagues, conferences and marketing tactics. With so many variables, where should brands focus their attention?

A new study conducted by Prince Market Research, on behalf of my agency, identified a powerful consumer-sport connection that has the potential to yield a significant ROI for brands: consumers in the New Heartland are maniacal about college football. With the kickoff of college football season underway, it’s a good time for brands to consider what they might gain from focusing on fans in the New Heartland.

What’s the New Heartland you ask? It is a massive and influential cultural segment, comprised of the Southwest, Midwest, and parts of the Southeast. Its members are bound together by their strong values: faith (not religion), community, and family – all of which directly influence buying decisions, brand loyalty, and attitudes towards brands. Now, those values aren’t exclusive here, just a little more at the surface of everyday life. An astounding 60% of all U.S. consumers live in the New Heartland, yet they are largely misunderstood and underserved by brands.

The wild loyalty of New Heartland fans is seen in the support for the athletes, teams, and the brands that sponsor them. In the New Heartland, your alma mater is more than just an institution for academic excellence; it’s also the determining factor for how you will spend the majority of your Saturdays from spring football through the wide spectrum of mostly meaningless bowl games.

Supporting your college team is a seriously big deal. Most of the time, these uber-fans come from families that have been fans of the same team for generations. Some might even admit to purposefully brainwashing their young kids into being fans before, heaven forbid, they start cheering for a rival. For example, my wife’s father played football for Vanderbilt University. She graduated from the University of Tennessee. A house divided.

We always post big numbers. Of the 20 biggest football stadiums in the U.S. (pro or college), the New Heartland claims fifteen, with fourteen of those being college stadiums. The Southeastern Conference (SEC) has dominated the Bowl Championship Series, winning seven consecutive titles through the 2012 season, and the just-launched SEC Network is now available in over 90 million homes. Bleacher Report recently ranked fan loyalty across the 125 football bowl subdivision teams, and found that 18 of the top 20 are from the New Heartland. A recent report from the NCAA on fan attendance further demonstrates the New Heartland’s outsized support of college football. Michigan led the list with an average of 111,592 fans at their home games in 2013. They were followed by Ohio State with 104,933, then Alabama with 101,505. The SEC as a whole enjoyed its sixteenth consecutive year as reigning champ in the category, averaging 75,674 per game!

In the New Heartland, ties to our favorite college team are life-long, and fans aren’t afraid to show their support through their time and wallet. Business Insider ranks nine out of the top 10 universities that generated the most revenue for the 2013 football season as being from the New Heartland. We travel to games home and away, dressing ourselves and our kids in the school colors.

One brand that understands the college football access point in the New Heartland extremely well is Zaxby’s Chicken. In a recent campaign to become “The Official Chicken of College Sports,” it signed on for a multi-year deal sponsoring college football and basketball for twenty-five colleges in the South and Midwest.

Established in 1990, this chicken fast feeder has expanded to more than six hundred locations, mostly in and around the Southeast. It’s clear that the company has always known the value of the New Heartland college set. It opened its first location near Georgia Southern University, and subsequent franchises have dotted campuses around the region. By securing those loyalties during the formative college years, they have gained lifelong customers.

Zaxby’s creative TV spots exemplify the brand loyalty that begins in college and extends throughout a lifetime. One is set in an office, with workers performing a variety of silly tasks to earn the privilege of eating Zaxby’s. Instructed by the chicken tender-wielding co-worker to “Prove Your Fanhood,” they don sports gear and submit to the challenge for the chance of tasting the chicken. The setting of the commercial is telling, because even though Zaxby’s is partnering with college teams, they are actively targeting those in the professional world as well.

Paul Jankowski is founder and chief strategist at New Heartland Group (formerly Access Brand Strategies). This article is an excerpt from his new book “Speak American Too: Your Guide to Building Powerful Brands in the New Heartland.”