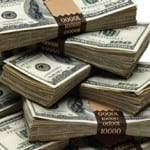 In the market for a new martech gig? UX designer/developers, marketing automation managers and front-end developers are among the highest in demand, according to a new salary guide from Mondo.

“In 2018, we saw a huge demand for digital marketing professionals with marketing automation skills, such as Marketo, Eloqua and Pardot,” said Gianna Scorsone, senior vice president of marketing and sales operations for Mondo. “We expect to see a spike in salaries for these positions and for experts with advanced high-end martech skills.”

SEO and SEM roles are also in high demand, according to the report, with digital media managers, PPC managers, paid search strategists and SEO/SEM specialists commanding salaries in the $60,000 to $130,000 range.

Are you a data junkie? Salaries for Google Analytics experts and marketing data/web analysts run from $65,000 to $170,000.

The salary guide was based on placements by Mondo, a staffing agency, over the last year, in New York, San Francisco, Washington D.C., Philadelphia, Denver, Boston, Chicago, Los Angeles, Atlanta and Dallas.

Where you want to live and work doesn’t factor as much into tech salaries as it used to, according to Mondo. Because of supply and demand, in-demand tech skills net top dollar regardless of region.