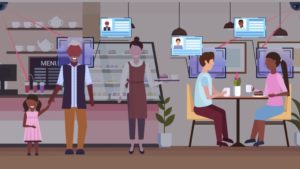 As protests against police brutality continue globally, and governments begin to put forth legislation that supports police reform, some brands are getting behind the movement to end racial inequality. From Sephora’s pledge to dedicate at least 15 percent of its stores’ shelf space to black-owned brands to NASCAR’s decision to ban confederate flag imagery to Silicon Valley tech’s massive monetary commitments, many brands are taking action in an expression of support.

But in other cases, companies have been yanked into the spotlight unwillingly, writes PRNEWS. For instance, AI-powered facial recognition technology, created by IBM, Amazon and Microsoft, and used by law enforcement to trace criminal activity, has come under scrutiny for racial bias. In response to the U.S. House of Representatives introducing a police reform bill, IBM said in a letter to Congress it would no longer offer its facial recognition technology or analysis software.

Following IBM’s move, Amazon and Microsoft both agreed to halt the sale of the software—Amazon for one year and Microsoft until the federal government creates clear regulation around the use of the technology. Read more in PRNEWS on how the story unfolded—plus several options for brand marketers seeking to joining the diversity and inclusion conversation.