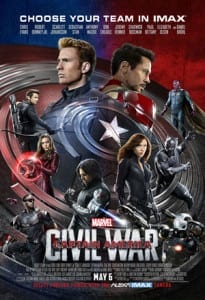 Your own taste determines your favorite superheroes, but when it comes to the movie-making business, there’s no denying that Marvel Studios comes out on top.

As the Marvel Cinematic Universe garners booming success, DC has even begun to mimic its competitor with its own attempt at merging its heroes’ worlds, but this, too, has failed to take off. So what’s holding DC back? The franchise has plenty of diverse, complex characters with film-worthy potential, but these heroes are sorely falling behind their Marvel counterparts.

It’s safe to say DC’s problem isn’t its lack of creativity—rather, it suffers from a lack of good branding.

Building a Universe (or a Brand) That Lasts

Marvel invested a great deal of time and money in building individual stories. The franchise released film after film explaining Thor’s background or what made Iron Man so super. So when 2012’s “The Avengers” was released, viewers already understood the film’s exposition. Marvel’s stories that built the universe are what kept it together for fans.

But DC’s “Suicide Squad” and “Batman v Superman: Dawn of Justice” didn’t have that context. Bruce Wayne and Clark Kent met each other without viewers knowing what had happened previously, and most of the Suicide Squad’s characters had never even appeared in prior DC films. DC was trying to match the MCU without any of the legwork Marvel put in.

Don’t let your brand fail here, too. If you want marketing that sticks, give consumers context, craft a brand story, and create campaigns that layer on top of one another. Consumers will engage when they have something they can engage with. If your brand has flimsy campaigns with claims that can’t hold up, it’s not going to keep your audience’s attention.

Geico’s gecko is all over the place. He’s not suddenly an alligator on TV, a snake on mobile devices, and a raccoon in print. Whether you’re marketing an insurance package or a movie, consistency is key.

DC struggles with which characters to include and who’s best to play them. Every few years, Hollywood starts to buzz about who the next Batman will be, and we’ve gone through a slew of them — and all of them have showcased their own take on the character. Viewers have to get acclimated with each Batman movie released.

But when it comes to the MCU, we all know who’s going to be playing Iron Man when he shows up in film. Similarly, Nick Fury, Yondu, Black Widow, and other characters have all been redesigned to fit the MCU actor’s portrayal.

Don’t exhaust your brand by moving in too many directions or constantly revamping campaigns. Instead, set a focus and follow it. Reinventing the wheel could be your kryptonite.

3. Nail Down Your Tone

No matter what you’re selling, your brand’s tone should play to both your audience and message. Marvel dominates in tone just as it does in consistency, producing films that are exciting and triumphant. They’re what viewers expect and want out of superhero movies.

DC, on the other hand, leans heavily on the doom and gloom. The Marvel Cinematic Universe may be chaotic, but that chaos is nothing compared to DC’s cheerless films. While the occasional “The Dark Knight” or “Watchmen” might wow viewers, they’re not exactly feel-good movies to play on repeat. A single film has room for bleakness, but an entirely dark universe isn’t what most viewers want. DC’s missing the target on tone.

Setting the right tone for your campaigns is essential for success. No one wants to watch a stodgy ad about a lighthearted topic. Even worse, taking a silly angle on a serious subject is a surefire way to get a brand in trouble — some might remember Nordstrom’s snafu with Hanukkah-themed sweaters reading “Chai Maintenance” or Kenneth Cole’s infamous Syria tweet. Consider the message you’re sending with your next campaign, and look critically at whether your tone matches it.

4. Go Where Your Audience Is to Integrate

Consumers connect with brands at different times in different ways across different platforms. Your customer might be Googling your brand’s name on his phone as he comes across your product in a store, or maybe he’s browsing your website on his laptop after seeing a commercial between TV shows.

That means brands need to integrate their initiatives across platforms — they need omnichannel marketing. Without unifying your efforts, each interaction a consumer has with your brand will feel stinted.

Marvel’s universe thrives because viewers know what’s going on, whether they’re in the movie theater, on their phones, or in front of their televisions. Until DC achieves that level of integration, it can’t hope for the same success.

Whether you prefer the Avengers to the Justice League or Superman to Spider-Man, there’s no contesting that Marvel’s films have the stronger brand strategy. Marketers everywhere can look to the franchise for lessons in story, consistency, tone, and integration — making them the superheroes of their own brands.

Tony Tie is the senior search marketer at Expedia Canada.

How Marvel Built a Viral Community

How Branded Entertainment Can Save Advertising