Dogswell products have long enjoyed a positive reputation in the premium pet food and treat space, but brand awareness had been lacking on a national level. Breaking through a relative “sea of sameness” has been one of Dogswell’s primary challenges, so Alcone created a social media campaign that distinguished the brand from its competitors: the Dogswell, “Unleash the Happy” campaign. The reasoning was simple—healthy dogs = happy dogs!

It’s a proven fact that happy, healthy dogs have the power to help stressed-out humans feel happier and healthier, too. In an effort to “unleash” the “Unleash the Happy” campaign message and to call attention to this relationship between dogs and people, Dogswell rallied around National Take Your Dog to Work Day (TYDTWD).

On June 20, in honor of TYDTWD, Dogswell Unleashed the “Happy” on an office full of unsuspecting stressed out New Yorkers. The entire office received an email informing them that a news crew was going to visit to report on a national story regarding rising office stress in America. Little did they know the “news crew” consisted of 20 dogs and puppies headed their way to treat the stressed out workers to some much needed playtime and cuddle time. Dogswell products were featured organically in the video, as treats for the dogs that were busy “treating” the office workers.

The campaign generated serious traction via social media and PR with over 262,000 YouTube views, 20,000 Facebook likes, and 5,000 shares in the first two weeks alone. Through social media, Alcone and Dogswell turned consumers into brand advocates via viewing, sharing and commenting, amplifying the video’s reach. By creating a social media strategy that focuses on positive word of mouth and the strong people-dog relationship, Dogswell influenced the consumers’ path to purchase at the awareness, consideration and decision-making stage, driving both retail acceptance of and consumer purchase of the brand’s entire line of healthful and delicious food and treats.— Rachel Bartholomew, manager, marketing technologies, Alcone (Bronze PRO Award for Every Day is a Gift for Bayer Healthcare)

DirecTV needed a way to promote and differentiate its exclusive, premium NFL Sunday Ticket product in a new and exciting way beyond its traditional TV campaign.

The attention-challenged NFL fan is too distracted to pay attention to ads. They are media multitaskers, switching platforms 17 times an hour, and more likely to be texting, tweeting, checking their fantasy scores, reading emails, watching YouTube videos or updating their Facebook status than watching a commercial. It’s even worse during the NFL pre-season, when the market becomes saturated with football ads all aimed at the same audience.

So instead of creating a traditional commercial, DirecTV and Grey New York created a breakthrough, highly entertaining piece of premium digital content that could not be ignored. Two of the most iconic NFL players and brothers, Peyton and Eli Manning, starred in a 90s’-style hip-hop video, which was seeded with celebrity tweeters. “Football On Your Phone” focused on a clear benefit that only NFL Sunday Ticket Max could offer—the ability to watch a full, live football game on your phone. Or as the Mannings put it: “Your phone ain’t for callin’, your phone’s for footballin’.”

“Football On Your Phone” was an epic hit of digital, social media, PR and pop-culture proportions. DirecTV didn’t just launch its new mobile feature, it launched one of the most popular music videos of the year, resulting in 1 billion impressions, $10,555,593 in ad value, a 30% increase in sales and 600 unique PR placements. The campaign also won a 2014 Effie and a 2014 Cannes Lion.—Michelle Leo, strategic planning director, Grey New York (Silver & Bronze PRO Awards for Canon’s Project Imagina10n of Canon U.S.A.) 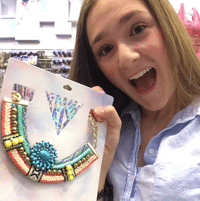 In 2014 Claire’s teamed up with pop super-star and style-icon, Katy Perry, to create the Katy Perry PRISM collection, which has been flying off the racks at Claire’s stores worldwide. To kick off the launch of the line and reward fans for shopping all things Katy Perry PRISM, Claire’s ran a seven-week Instagram sweepstakes, which ended on July 15. Entrants were asked to take a selfie with their favorite #KatyPerryPRISMCollection pieces at a local Claire’s store, follow and tag @clairesstores on Instagram, and hashtag #KatyPerrySWEEPS for their chance to win the entire collection valued at $2,500. Also, local prizes were up for grabs and those who hashtagged select cities were in the running to win two tickets to her concert and even meet-and-greet passes for select concert dates.

Claire’s partnered with its agency of record, Sync Marketing, which managed the campaign and handled all aspects of the legal and prize fulfillment components. A Social Media campaign in this instance was the best way to reach Claire’s target demographic: ’tween and teen girls. By doing so, Claire’s was able to interact directly with their consumers, gather user-generated content, and reward its consumers along the way.

The results of the campaign proved just how much Claire’s and Katy Perry are a winning combination. There were 130,303 total entries with 129,300 of them being Instagram entries. Claire’s increased its Instagram follower base by 9,740 (40% growth rate). Whether it is a Facebook promotion, Instagram sweepstakes or Pinterest contest, social media campaigns are continuing to prove very successful for Claire’s, and its consumers are loving every second of it. #ROAR— Julie Link, cofounder, Sync Marketing (Silver PRO Award Win a Dart. Date a Winner for Chrysler)