Global advertising and marketing revenues are set to grow 5.5% to $1.3 trillion in 2018, marking the fastest growth in 10 Years. 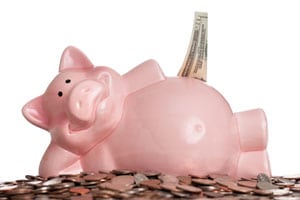 The increase is fuelled by accelerated growth in traditional media, such as television advertising and public relations along with strong growth in digital and alternative media, like smart technology marketing, over-the-top video advertising and influencer marketing, according to PQ Media’s Global Advertising & Marketing Revenue Forecast 2018-22.

Global digital and alternative media revenues are pacing for 11.6 percent growth in 2018 to $496.08 billion, accounting for over 38.2 percent of total revenues. Meanwhile, traditional advertising and marketing revenues are projected to increase 2.1 percent to $803.3 billion, the fastest growth rate since 2008.

According to PQ Media, 26 of the 41 digital and alternative media channels it tracks will post double-digit growth rates this year, including mobile coupons, digital place-based ad networks, product placement in TV and non-textual content marketing, such as sponsored online videos and online sampling and contests.

Based on data through the first half of 2018, overall growth in media revenues worldwide has been driven by major global sporting events, such as the Winter Olympics in South Korea and the FIFA World Cup in Russia, which fueled increased spending on television advertising associated with these events, as well as other traditional and digital advertising and marketing channels, including public relations, content marketing and mobile advertising. Other media channels that benefited from these events were experiential marketing, in which brands hosted and sponsored live events; word-of-mouth marketing, in which star athletes were recruited as brand ambassadors; and promotional marketing, in which official sponsors used point-of-purchase displays to promote their sponsorship roles.

Among key growth drivers emerging in the second half of 2018, major U.S. TV networks surprisingly drew higher ad pricing during the annual spring upfront selling period, despite ratings declines and the growth of ad-free streaming.

“Counterintuitive as it seems, this year’s TV upfront has reportedly been robust. While the total number of ads sold is said to be flat, ad prices are expected to garner at least high single-digit increases,” said PQ Media President Patrick Quinn. “While a good portion of TV dollars are still being allocated for traditional ad pods, more money is flowing into traditional TV and digital ad bundles, product placements and other branded entertainment. As a result, the fastest growing segment of TV product placement is OTT video, as brand marketers seek more opportunities to mitigate the impact of streaming video and DVR use among the 18-34 demographic.”

Another key trend expected to have a positive impact on both traditional and digital media spending in the second half of 2018 is the anticipated series of contentious political races across the U.S., following the highly controversial presidential election in 2016 and the ongoing political, legal, immigration and trade tensions gripping the White House and Congress. Internationally, political media buying has accelerated in recent years as the political climate has shifted in several major global markets, including France, the UK and the US.

Meanwhile, several digital and alternative media platforms and channels are headed for double-digit growth expansion in 2018, as brands continue to shift budgets away from traditional media platforms, such as print media. One digital channel in particular—smart technology marketing—is poised for growth of over 400 percent this year, as smart cities become more commonplace and an increasing number of global brands experiment with artificial intelligence, audio bots, virtual reality, augmented reality and the internet of things to engage highly elusive consumer groups, like Millennials and i-Gens.

In addition, product placement in various media and over-the-top video advertising are projected to post double-digit gains due to increased cable cord-cutting and binge OTT video watching, according to the forecast.

Among the other highlights from the new Forecast report are:

• Experiential marketing was the largest digital and alternative media platform in 2017 at $109.15 billion

• Mobile marketing was the fastest growing, up 36.5 percent

• Online search was the largest digital and alternative media channel at $53.59 billion in 2017, and smart tech marketing grew the fastest, up 864.6 percent

• Direct marketing was the largest traditional media platform at $216.89 billion, while public relations was the fastest growing, up 8 percent last year.

• The U.S. is the largest global media market, exceeding $500 billion for the first time, while India, Argentina and Russia were the only top 20 markets to post double-digit growth in 2017