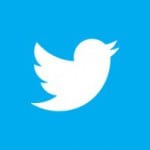 Last week, Twitter announced its year-end financials, claiming 88% of its ad revenue originated from mobile—an increase from 75% last year. Some of this growth is due to Twitter’s expansion into app-specific ad units in May 2014. Additionally, during the same time, the social networks user base grew from 241 million to 288 million.

These numbers confirm Twitter’s position as a major player in the mobile marketing space. Here’s five hot tips for app marketing on Twitter:

Twitter’s Mobile App Promotion (MAP) products allow marketers to target potential users in a wide variety of ways, but the real power comes from combining options to serve the most relevant ads possible. Rather than target based solely on who someone follows, factor in options like interests, popular searches, and locations. Then time your ad to launch at an opportune moment.

For example, let’s say you’re trying to market a mobile football game. You might target followers of the NFL or any of the thirty-two teams, who searched for terms like “playoffs” or “football,” and who reside in an area with an NFL franchise. Then you might tweet your ads during a playoff game to capitalize on the volume of users tweeting their experiences and reactions.

Twitter is unique in its immediacy, and by combining it with a rich array of targeting options, marketers can efficiently reach high-value customers at high-impact times.

Tailored Audiences allow you to define a group of potential or existing customers you’d like to reach on Twitter. This can be done in one of two ways: either by providing targeting data (email addresses, advertising identifiers) to Twitter, or by installing Twitter-provided tracking code on your website. Both methods match that data to Twitter users and serve ads within their feeds.

The tactic you choose is largely dependent on your specific goals. A brand with an established online presence might choose web tracking to target existing web customers, a game developer might opt to provide device IDs, and a retail app requiring logins might chose email addresses. Either way, starting with a high-potential group of users is going to give your campaign a big leg up.

Twitter gets straight to the point. Your creative team should too.

A typical app ad links users to the app’s download page in the iOS App Store or Google Play, but deep links take users directly to a specific location within an app, such as a product page, a news article, a tutorial, a shopping cart, or a registration form.

A great tactic for driving engagement, encouraging purchases, and building lasting relationships with users, deep links can be used to great effect on Twitter. For example, a deep link embedded in an App Card for an upcoming event can take interested users directly to ticket listings for that event. Or a retailer’s ad could link users directly to an abandoned shopping cart.

This streamlined process can go a long way in increasing conversions, enhancing user experience, and most importantly, improving cost efficiency.

Twitter is a fast moving channel and the targeting tactics that work today might not prove effective tomorrow. Because of this, you’ll need to constantly adjust your bids to get the most out of your campaigns.

Programmatic technology solves this problem by automating the complex decision-making processes that go into optimizing your ad spend. Campaign results are evaluated in real time, as opposed to in days or weeks, identifying the best performing traffic sources and adjusting the parameters of the campaign. The result is a highly targeted, efficient campaign that fully capitalizes on the benefits of advertising on Twitter .

Over 70% percent of Twitter’s 284 million monthly users access the social network from their mobile device. In following these steps, app marketers have an excellent opportunity to promote their apps to this massive, mobile-centric audience.

Extending Your Event With Social and Mobile