Millennials have been the obsession for many brands for nearly a decade now. But that is slowly changing as Gen Z—those born between the mid-nineties and 2009—are becoming the newest demo marketers are targeting. Here are three insights to help you market to Gen Z. 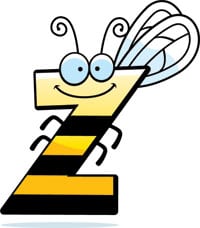 Now that Gen Z is in their late teens and very early twenties, 52.24% are not employed and lean on their parents for financial support, while 47.76% are employed and support themselves. This dual dependent/independent status makes them influential with regard to family spending and household purchases.

Additionally, while Millennials are the most affected and weighed down by student loan debt, Gen Z’ers aren’t quite there yet. Of those that have begun accumulating student loan debt (26.9%), 75.36% have not yet begun paying those loans off. This means extra money for purchases: new shoes, cell phone cases … even Hoverboards.

So the buying influence and newly available cash flow makes Gen Z an untapped potential that can’t be ignored by brands.

This fresh-faced group, commonly referred to as iGen, doesn’t know what life without social media and smart TVs is. They, unlike their Millennial counterparts, don’t remember the great to-data-package or not-to-data-package debate while buying a cell phone. They think, what the heck is a cell phone without Internet access? Oh right, a HOME phone.

That said, technology is what drives this new generation. They are never offline. In fact, nearly 80% of Gen Z’ers follow brands they like on social media. So when marketing to this cohort, campaigns that worked for Millennials need to become more technologically sophisticated and flashy.

In addition to their need to be plugged in, they are also a very idealistic bunch. This generation wants to see the world change for the better, and wants to be part of that—in fact more Gen Z’ers admit to being concerned with making a difference in the world than they are with making money.

Hence, they want to align themselves with brands who share their do-gooder, hopeful views. When thinking about what products to buy, 32.96% of Gen Z’ers prefer to buy products that donate a portion of their proceeds to charity.

As for being easily influenced, don’t count on it. Only 14% of Gen Z’ers are concerned about fitting in with their peers, and 40% of them claim celebrity endorsements are non-consequential.

Phil Ahad is senior vice president at Toluna Quicksurveys. He can be reached at Phil.Ahad@toluna.com.

Influencer Marketing, What’s Ahead in 2016