Apparel marketer Express Inc. has launched a new loyalty program. Unlike its previous effort the new offering, Express Next, allows consumers who do not hold the company's proprietary credit card to participate.

Express Next is points based. Participants earn 10 points for every dollar spent at the store regardless of payment method, although those using the company's credit card receive a 50% point bonus. Every 2500 points earned can be redeemed for reward certificates – $10 for non-credit card holders, and $15 for credit card holders. High-value customers are eligible for the premium A List tier. 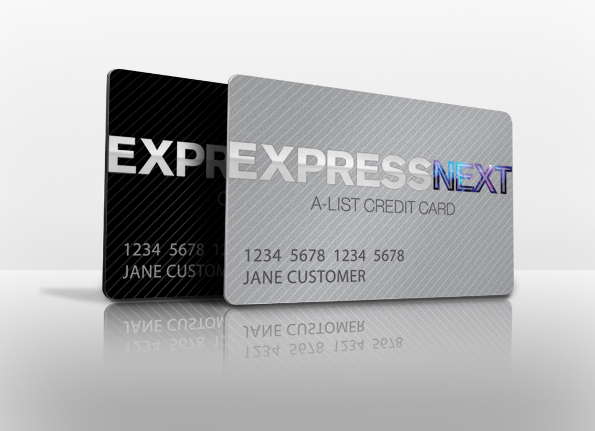 The new program's design incorporates focus-group and interview feedback from Express customers, says senior VP of marketing Jim Wright. "Our 20-something customer base want it to be simple and engaging," he says. "They want to be rewarded for how they spend with the brand as well as how they interact with the brand."

Under Express Next, members can earn rewards for a variety of non-purchase interactions, such as following one of the company's Twitter accounts (@expresslife or @expresslisag), re-tweeting its tweets, reviewing products, electing to receive mobile alerts and choosing paperless means of managing their accounts.

Customers also told Express they didn't want to be tied to carrying a card, and the new program allows them to access their account at the point of sale through their phone numbers or email addresses.

Members are given exclusive access or first dibs on events, behind the scenes videos and other engagement opportunities. Express Next also rewards shoppers for digitally announcing their presence at a store. Participants earn points for checking in at a store's sales counter. While the check-in system is currently proprietary, it may expand to include location-based marketing services such as Foursquare.

The new program debuted in a late 2011 pilot effort within 91 of its 550+ stores. The company didn't make many modifications between the pilot and the full rollout: The test phase served more to prove the concept.

Which it did: While Wright didn't offer specific figures, he said the test groups showed increases in the number of visits and amount they spent. Signup rates, he adds, were 10%-20% higher than what the company had anticipated.

Separate from the pilot locations, Express was tasked with transitioning members of its previous credit card-based program into the new scheme. The old program has been discontinued.

"We wanted to engage them after a clean break with a fresh start, and not confuse how the two programs work," Wright says. "We tried to make it very easy for them. We sent them information telling them the previous program was ending, and gave them time to either cash in previous rewards or earn up to get to the next level."

Participants in the original program were given an opportunity to enroll in the new program easily: Their information was transitioned into new accounts, and activation of these accounts required only that they log on, opt in and add a few final pieces of data. This process is ongoing, and the company is making a big push this month to spur legacy enrollment.

Separately, it is soliciting new members through its in-house database via text messaging, direct mail and email. It is also reaching out to its 2 million Facebook fans, and promoting the program through in-store signage.

Express Next will evolve with time, Wright says. "For the program to have legs, it cannot be a static program that rolls out only one way," he says. Future innovations might include special merchandise received for members who actively promote or purchase specific lines of products. And it will use the information it gleans from the program to further customize its communications with members.