The 2015 NCAA Basketball Tournament is in full swing, but off the court March Madness continues to grow as a platform for marketers looking to get their message across to the event’s enormous audience.

Advertisers spent upwards of $1.13 billion on TV ads during the tournament in 2014, but taking advantage of the tourney’s popularity isn’t restricted to the biggest brands.

“I think that March Madness has become this long national holiday that has grown in popularity each year. Marketers who are just coming off of the Super Bowl, where everyone is trying to cram all of their marketing strategies into one week, see this opportunity to engage and reach a captive audience for a much longer, sustained amount of time,” says sports marketing guru and partner at DXagency Ben Hordell.

“It’s the start of spring, you have 64 different markets, it’s wide-ranging and touches a lot of people. It’s the pure 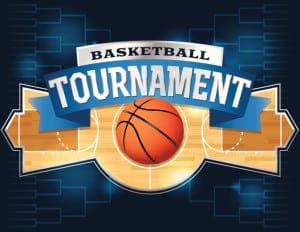 nature of college sports that a lot of people really enjoy watching,” he says.

Events such as the Super Bowl and March Madness have become so huge that they span across a very wide swath of different demographics, meaning marketers have the opportunity to launch campaigns that will be front of people for enough time where they’re not lost in the clutter. And the NCAA tournament runs over the course of two-and-a-half weeks, meaning it potentially has a longer shelf life than the Super Bowl, Hordell says.

“Through a well-planned, persistent marketing campaign, marketers can get lift in their brand by being there from start to finish. People are getting smarter and seeing it for the opportunity it really is,” Hordell says.

From the big car brands to the tiny local banks, everyone is trying to get a piece of the action and get into the March Madness conversation.

“One of the big things that has opened this up is that the tournament isn’t just something that people are sitting on their couch and watching on television. It’s everywhere—it’s on mobile, it’s streaming on desktops while people are at work, it’s part of their commute, because there are so many different touch points to get involved. The opportunity is just huge and people want to get in on it, whether it’s sponsoring a streaming mobile app, hosting events or sponsoring brackets with prizes specific to their business,” Hordell says.

And as audiences get more and more comfortable with streaming video on mobile devices, the opportunity for marketers will get bigger.

Leveraging social channels is also a growing trend, as marketers aim to engage with NCAA hoops fans in real time during the tournament.

“Real time is key with sports, because sports is appointment viewing and you have to be current. Marketers are really trying to get themselves into the conversation,” Hordell says.

If trends continue as they have for the past several years, March Madness is going to continue to get bigger and bigger, and so are the opportunities for marketers to take advantage of it.

“I think there’s a certain group of people that are comfortable streaming and that segment is only going to grow, so you’re going to get more eyeballs. The sky is the limit with this as more people get on board and their ability to watch a higher percentage of the tournament makes them even more of a viable target for marketers,” Hordell says.