Loyalty marketers can view current industry trends like a weather report: though it’s presently warm and sunny, keep an eye on the clouds gathering on the horizon. 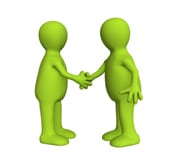 U.S. consumers hold 3.3 billion memberships in customer loyalty programs, the highest total in the history of the Colloquy Loyalty Census and a 26% increase since the last report in 2013.

However, although membership numbers are up, active program participation is down by 4.5%. In other words: loyalty program enrollments are at an all-time high, but consumer engagement in those programs has declined.

Looking Good
First, the bright side of the 2015 report. In addition to crossing the 3 billion threshold, the number of loyalty program memberships in the average American household increased to 29, up from 22 just two years ago.

The census revealed further changes across the loyalty landscape in all verticals. Financial services, specialty retail and airlines still account for the majority of memberships, but the fastest expansion came in restaurants and drugstores:

Though a smaller segment, restaurant loyalty program memberships rose 107% to 55 million, building on the 171% growth evidenced in 2013; Drug store membership rose 88% to 268 million, the highest rate of growth of any census category other than restaurant programs; Drug store activation rates rose to 66%, compared to 50% in 2013, while other retail and credit card program activation rates were mostly flat;

Though fuel/convenience store program memberships dropped 3% in 2015, that was an improvement from the 21% decline reported in 2013.

From a sheer statistical standpoint, these numbers look good. Continuing increases—in some cases, significant ones—indicate a high degree of consumer awareness and interest in loyalty programs.

Looming Issues
A longer look at the census numbers, however, indicate that a cold front could be on the way—potentially impacting the current sunny outlook.

The most significant statistic addresses consumer engagement. Although American households held memberships in 29 loyalty programs on average, they were active in just 12 of them (active membership defined as earning or redeeming at least once per year).

This active membership rate of 42% represents a decline of two percentage points since 2013. This lack of engagement translates to decreased interactions and ultimately, sales.

Other “clouds” that industry professionals should watch carefully:

* Memberships in airline frequent flyer loyalty programs declined by 4%, the first decline in the history of the census, and counter to the 14% increase seen in the 2013 report

* Grocery program memberships declined for the second consecutive census, with memberships dropping at twice the rate compared to 2013.

The challenge is clear: now that loyalty marketers have record numbers of consumers “in the door,” they need to take the next step and gain engagement.

Smooth Sailing
To maintain the weather analogy, fulfilling the engagement component of the customer relationship will help keep the dark clouds away and ensure smooth sailing.

In evaluating the census results, here are four key takeaways to create and maintain a best-in-class approach:

A strategic approach to engagement through loyalty strategies will help companies set themselves apart. Companies that fail to do so are vulnerable to being dumped as customers shed programs that are irrelevant, have mediocre benefits or stale mechanics or simply can’t differentiate their value propositions.

While this can be daunting, it offers the opportunity to raise the game on loyalty programs—to look beyond member acquisition and contribute true value through consumer engagement.

Unlike the weather, loyalty professionals can maintain some control over their environment. A strategic approach to customer engagement will keep the skies—and the balance sheet—looking bright.

Dennis Armbruster is vice president, consulting services LoyaltyOne. He can be reached at darmbruster@loyalty.com.