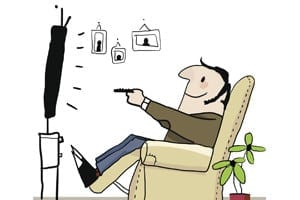 Customer churn has plagued the cable industry since the beginning of cable companies. According to Forbes (http://onforb.es/1QiQoIQ), approximately 5% of subscribers leave annually. This is being exacerbated by the introduction of new ways to access the same content and subscribers needing only an Internet connection to watch their favorite programs. Customer loyalty in this environment is key because the competition between companies to add subscribers means poaching them from the competition more often than not.

Fortunately, modern marketing has a solution to customer churn. There is no question that marketing has improved how companies interact with prospects and customers. Leveraging data, we’ve made that interaction something that can be personal and relevant. We have the technology and the channels for communicating in a personal way because we know so much more about our audience. Or so it would seem.

From any company’s perspective, and certainly from a cable company’s, the loyal customer is typically the best customer. Yes, the competition will beat at the door, but the loyal customer doesn’t listen. In the case of a cable provider, the best customer is also one that is resistant to change and probably still wed to watching cable, as opposed to using newer ways to view content. And, like me, they may just have higher priorities and think of this change as a hassle. As any social scientist will tell you, I suffer from status quo bias. And I know my cable provider knows this about me. Most people wait until the contract expires and leave for lower prices. I never did that.

Nevertheless, the drum beat of marketing from the competition continued to reach me. Five months ago I called to say I would be switching providers based on price. I told my current provider I was paying twice what the competition was going to charge me. I offered them the opportunity to come up with an alternative. The cable company did nothing to keep me. I was speaking with someone in customer service who had my records, knew me and my habits (or should have( and nothing could be done.

Fast forward five months when I finally get it together to switch. Yes, as I said, part of loyalty is just lethargy. I’m busy, so I just couldn’t find the time to call the competition. Fortunately, waiting got me an even better deal. When I was ready to cancel, I called the same customer service line—and they suddenly realize I’d been a customer for 14 years!

Out of thin air, suddenly, a competitive offer appears. The realization of that 14-year loyalty is undoubtedly that if they can avoid the switch now, they can probably count on another nearly decade and a half of business. But this effort comes when it is too late.

This is an issue of data management. It’s the question of when one piece of data is important enough to make it top of mind within an organization, for a particular customer. I don’t think this is an issue of data availability, because they must have known I’d been a customer for 14 years during my first call. I don’t think it’s a channel issue, because I assume it was the same call center. I’m even sure it wasn’t a data enhancement issue, because I imagine there was a record of my earlier call in the system that the second rep could see.

Data management is the process of controlling information in such a way that it’s most useful. It’s a little bit like the princess and the pea. The real princess detects the pea, even though the pea is underneath those many mattresses she’s sleeping on. That nugget of information is felt by her, and only her.

Data management isn’t easy, but there are now algorithms to bring the most important data to the fore, and help leverage it for better personalization. The peril of not leveraging the data, particularly when it comes to loyalty, where you have the most robust customer data, is the loss of the customer.

John Sisson is president of the Wilde Agency.