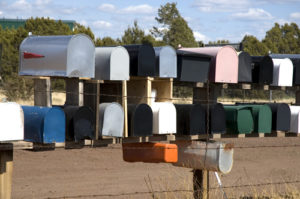 Direct mail ROI goes up by nearly 63 percent when the tactic is used as part of an integrated marketing campaign, according to new research.

Response rates are 41 percent higher in integrated campaigns, compared to mailings not integrated with other channels, according to new research from PFL and Demand Metric. Still, only a small percentage of the 600 respondents—16 percent—reported that they have completely integrated direct mail into their campaigns and implemented solutions to track mail’s influence on overall results.

Half of the respondents reported using between three and four channels in their mix. Email was the most used channel in a multichannel marketing mix, utilized by 91 percent of respondents. Social media came in second, used by 81 percent, followed by events (73 percent), digital advertising/retargeting (60 percent), direct mail (56 percent), search/PPC (51 percent), outbound sales and business development reps (47 percent) and content syndication (35 percent).

Events were cited as the most effective channel (83 percent),  followed by integrated, branded, personalized direct mail (78 percent) and search/PPC (73 percent).

“Direct mail is ideal for certain audiences that marketers are trying to reach,” said Jerry Rackley, chief analyst for Demand Metric. “When direct mail is done intelligently—meaning it’s integrated with the campaign technology, it’s personalized, and the formats that represent the brand best are used—it’s very effective.”