American Airlines has found that social media channels allow it to tell customers a much deeper, more relevant brand story, moving messaging from just a product sell to reveal a much more in-depth character behind the brand. 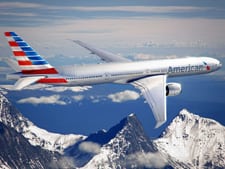 Yesterday, Johnathan Pierce, American Airlines director of social media communications, shared the company’s strategy to integrate social into all of its campaign planning at Integrated Marketing Week in New York City. He illustrated the strategy through recent successful projects like its “Behind the Scenes at American Air” campaign, American Airlines new brand launch, and most recently its SXSW campaign #newAmerican.

“Designing a social organization allow us to respond efficiently and quickly,” he said. “We then have the opportunity to connect with customers for a long-term relationship.”

He said social media is the center of a number of functions, surrounded and integrated with web and search marketing, public relations, reputation management, customer service and human resources. Social media also connects to each part of the organization—29 business units—such as its airports, food and beverage business and its popular loyalty program AAdvantage.

At the heart of social, and where it plays a critical role for marketers, is data, he said.

“Data and metrics support the business plan and allows us to strike while the iron is hot,” Pierce said. “Within two hours we get a report on how the campaign is performing, who the key influencers are, what the main themes are, what the tone is and other data. That’s just a gold mine of information for marketers and for us to be a lot more effective in our role.”

As an indicator of the seriousness of its social strategy, the brand’s social team has grown to 19 from a mere two employees just two years ago, with a large part of the focus on customer service.

Last year, American Airlines began its “Behind the Scenes at American Air” campaign, which grew out of customers on social who had lots of repeat questions, like, ‘What is the structural nature of our industry?’ Why do airfares change so much? and ‘What do those guys who deice the planes in winter do in summer?’

The brand used social to answer the questions. It produced four-minute videos, asking the questions of the very employees who could provide the answers and posted the videos on social

“It’s a hugely successful social program that continues to this day,” Pierce said.

The first six videos each got more than 130,000 views. Considered such a success, the concept has been expanded to longer formats to provide additional information to customers. As an example, a few months ago when American Airlines debuted new flight attendant and ground crew uniforms, it produced and posted a behind-the-scenes video with the uniform designers.

American Airlines also used social to help debut a new logo and tail design for its planes, a massive project worked on by multiple groups for months. Five different campaigns were under design, with one being chosen just one week before the launch. Between January 17 and January 20, the new branding got 21,769 mentions on social; 63 million impression and sentiment reached 47%, with nearly three positive comments for each negative comment. Some 82.9% of the social conversation occurred on Twitter.  On January 17, 95% of the conversation was on Twitter, diven largely by individual customers not large news outlets.

“To get back feedback within an hour of it launching was a fundamental part of the success of the brand externally as well as internally to insure our employees that it was working well,” Pierce said.

Most recently, American Airlines was a first-time sponsor of SXSW where it showcased the new American brand for the first time to a highly influential, tech and start-up audience. It positioned #newAmerica as the center of the festival’s social conversation and introduced a mobile strategy.

The campaign was supported by numerous on-site activations this year that over 11 days—between March 6 and March 17—got 10,683 social mentions and sentiment measured at “a very strong 74%,” Pierce said. Brand mentions on Twitter far outpaced other sponsors including Chevrolet, Doritos, Pepsi, American express and Oreo.

“If you integrate social, you can get results and you can get a conversation going and that’s what we as brands now want,” he said.

1. Lead times are shorter. You can be a lot more nimble, schedule a lot quicker and have more flexibility in your messaging.

2. Social amplifies the story and extends the reach of a campaign really effectively and efficiently. Words are important because that’s what going to get shared.

3. Connect various components of a campaign to enhance impact.

“We learned the importance of real-time feedback at the relaunch of the brand,” Pierce said. “Within minutes you know what your customers are saying—if you need clarification of terms and conditions or if creative is not performing.”

6. The opportunity to offer alternate perspectives on the brand.

“For us it’s about using social to bring out the essence and character of our brand, our diverse culture and workforce and employees around world who have expertise in travel, Pierce said.