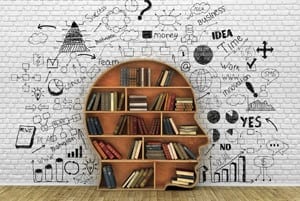 I had the honor of speaking at B2B LeadsCon last month in New York. After the show, I couldn’t stop thinking about one particular comment from fellow speaker Marketing Insider Group CEO Michael Brenner: “The number one role of the CMO today is to be a business person first and a marketer second.”

It’s common for CMOs to get wrapped up with that holy grail of personal performance stats: Hitting those goals! Sure, it feels good to crush your quarterlies, and from a fiscal and career perspective, goals are no doubt worthwhile to set and try to achieve.

But as the industry has evolved, and my role in it has matured, I find myself worried more with the notion of being left behind. Plain and simple, if you compare what CMOs did a decade ago and compare it with their work today, you’re looking at comletely different job descriptions and skill sets. A CMO needs to be savvy with analytics, UGC, the breadth of constantly evolving social media, mobile, online marketing—the list goes on and on. We don’t just push messages out over established channels, we empower customers to share that message on our behalf in new and rapidly evolving channels. There’s so much fragmentation and a CMO has to understand it all.

Though you’ll never see it in a job description, I believe there’s an organic relationship that tends to develop between a CMO and the CEO. This makes sense. In the end, every move the CMO makes should be in service of the goals and vision of the CEO. If you ever happen to yourself out of step with your CEO’s big ideas, then it’s time for a gut check—and to pick up the pace. The CMO shouldn’t follow the CEO from behind, or worse, pulling from in front. Your job is to run alongside the CEO.

I’m impressed by the way Linda Boff, the digital-savvy CMO of GE, has been at the fore alongside Jeff Immelt as he transforms GE into a modern, digital industrial company. On a much smaller scale, most of my time at GumGum is spent understanding the computer vision space, and the opportunities that it presents to marketers.

A few months ago we released the results of a marketing study called Building the Marketing Organization of the Future, based on interviews with more than 200 US-based marketers. I was blown away revelation that only 25% of those we spoke with said they had a proper seat at the executive table. More disturbing was that the remaining 75% had come to think of themselves as tactical practitioners. This is an epic underestimation of the true work that CMOs do every day, and a fundamental misapprehension of reality. The C in CMO is every bit as deserved and valuable as any other peer at the table.

Even so, a few outliers had a better grasp of the now central role of the CMO in today’s business environment. One discussed at length how marketing and the CMO can often be the linchpin that joins otherwise different teams, in the process aligning them behind a common goal. And another pointed out how the CMO often serves as a proxy for the consumer—a role that often gets lost in the shuffle, to a company’s peril. I find inspiration (and hope) in those attitudes.

For most folks who aren’t familiar with our world and our work (that doesn’t exclude the C-suite, ahem), a CMO’s job still begins and ends with that clever tag line or  memorable ad campaign. Those remain our bread and butter, naturally, but there’s a good argument to be made that many of the CMO’s most impactful influences today are increasingly internal: In particular, helping to shape the culture and values of their company. I believe that every time we educate a seller on a new product or marketing campaign, we have an opportunity to drive change.

It has been my personal goal for 2016 to fundamentally shift the perception of our sellers and how they view the very concept of marketing. By year’s end, I hope is that they will stop asking for sales collateral, and instead be motivated to commission a bespoke piece of content—one that clients will actually take the time read. Just as an example, in my previous job, we customized the cover of our monthly magazine, The Programmatic Mind, with different CEOs we were targeting for business. So, my job isn’t just coming up with tag lines, it’s being a gravitational force that guides the progress of my team and, I hope, the company culture overall.

For CMOs, one of the most daunting challenges remains preserving the core competencies and “soul” of the team when making new hire, while also making sure to deepen our bench.  When members of my team are scouting new hires, I encourage them to keep the following front and center in their mind when making a decision: don’t hire people like you, creativity can’t be taught, and culture fit is everything.

Ben Plomion is CMO of GumGum.

Now See This: The Power of Building Articles Visually

Selling an Idea to the C-Suite: A CMO’s Guide

What the Internet of Things Means for Today’s CMO