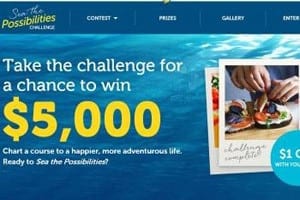 Chicken of the Sea is using brand innovation to reinvent itself in the shrinking, competitive market of shelf stable seafood.

“The entire center of the grocery store is suffering a migration of consumers to the perimeters,” said Fleming, noting that shelf stable seafood is facing competition from not only fresh seafood but other products like yogurt and nuts.

Tuna fish is the most competitive of the shelf stable seafood products, leading Chicken of the Sea to look to other types of seafood to differentiate itself from its competitive set.

It’s first such venture was a partnership with Walmart, to salmon in pouches, in flavors such as lemon pepper and sweet & spicy. Sampling efforts and other initiatives resulted in a 25% category lift.

Using the learning from that successful launch, Chicken of the Sea next launched a series of heat and serve tilapia products with retailers Kroger and ShopRite.

The move was a logical one, said Fleming. Seafood is a great choice for those who want to eat healthier, but many consumers struggle with cooking seafood at home.

“Fish can be a temperamental thing to cook,” she added.

To promote the new products and engage consumers overall with the brand, Chicken of the Sea created “Sea the Possibilities,” a social campaign that worked across several platforms and engaged influencers on Facebook, Pinterest, Instagram and Twitter. An accompanying “Sea the Possibilities Challenge” encouraged consumers to broaden their horizons through new experiences and new food choices.

Congratulations to Chicken of the Sea and its agency Pivot Point Marketing for winning the Gold PRO Award in the “best campaign on a budget (under $250,000)” category yesterday at the 2016 PRO Awards Gala, for the National Salmon Day initiative!

Live from PROMONext: Heineken is the Beer of Cities