There is huge value in using video to tell a brand’s story, and creative marketers are finding ways to communicate compelling messages to audiences through online videos. DuPont’s success story with online video shows that when a brand is able to tell a story well, people will listen.

Erich Parker, DuPont global brand and creative director, joined the DuPont team several years ago to help polish the brand’s messaging and to communicate that it is more than just a chemical company. DuPont actually has 12 divisions, producing electronics, food, seeds and safety materials.

In his work coming up with a brand positioning story, Parker learned that DuPont’s primary way of being innovative is 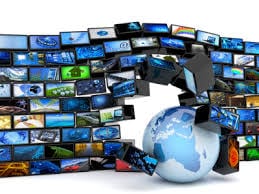 through close collaboration with partners, customers and prospects.

“DuPont champions inclusive innovation and we came to a place where we knew inclusive and collaborative innovation would be our focus,” says Parker, who spoke on the topic of mastering online videos at the DMA2014 conference in San Diego.

Parker and his team partnered with OglivyOne Worldwide to create a series of mini-documentaries under the theme of “Welcome to the Global Collaboratory,” but first needed to decide how to bring them to market. His team didn’t have a global broadcast budget and the stories DuPont needed to tell couldn’t be squeezed into 30-second commercial spots.

Instead, DuPont created two-minute-long anthem videos that told the stories of the company’s role in keeping people safe from harm, feeding the word and promoting sustainable energy. DuPont employees were featured prominently in the videos, and the spots featured original scores and were shot on location around the globe. The videos also featured customers to include their voices in the stories.

DuPont ultimately partnered with the BBC to sponsor a science-based program called Horizons, with the stipulation that DuPont would receive a two-minute slot in the middle of the broadcast for the Global Collaboratory mini-documentaries to run. The films are also available on YouTube and Facebook.

“It’s about people whose lives benefit from DuPont science. We have shot 50 of these and they span the breadth of DuPont around the world—we have traveled the corners of the earth for these stories,” Parker says.

The mini-docs focus on how DuPont products directly impact people’s lives. One tells the story of a Vietnamese farmer who uses DuPont seeds that were specifically created to grow rice in overly salty soil, while another tells how a Russian electrical worker’s life was saved because he was wearing a safety suit made of DuPont Nomex material.

Parker and his team over-shoot when on location and use the extra footage of DuPont employees for one-minute-long bios.

“These ‘Solver Stories’ are mini-bios about them and what they are like. We also use commentary from customers and collaborators as sales tools,” Parker says.

Overall, the video series has garnered several million views online, and 90 percent of viewers who watch Horizons would recommend DuPont.
“It really is working on every single level,” Parker says.