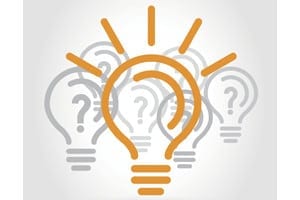 Causation and correlation may sound alike but are very different. The former means the root of subsequent events, while the latter refers to an actual or apparent relationship between trends in which neither is the direct cause of the other.

This distinction is critical to effective marketing, as confusing these ideas can lead to costly mistakes. Seventy percent of marketers are attempting to drive engagement by using channels outside of the primary one a campaign uses. But almost half have no idea how to gauge the effectiveness of these strategies. It’s impossible to measure success if you don’t know how to look for causal or correlative relationships.

A simple differentiation is that causation equals cause and effect, while correlation means a relationship exists but that cause and effect can’t be proved. Causation allows you to see which events or initiatives led to a particular outcome. Correlation is just a means of measuring the relationship between variables to find statistically relevant trends. However, it’s important to remember that a correlative relationship can also be a coincidence—and it is critical to understand when this occurs.

To illustrate, imagine you are a member of the U.S. Congress concerned with crime. Because many homicides involve guns, it’s reasonable to assume there’s a correlation between the number of gun owners and homicide rates. And, in fact, there is one — although a causal link cannot be proven. Thus, you would be sensible to think about gun laws if you have a goal to reduce homicides.

However, a statistical correlation also exists between the ages of Miss America winners crowned between 1999 and 2009 and the number of homicides committed with heated objects during the same period. But, if you attempted to regulate the ages of Miss America contestants in order to reduce the rate of homicides with heated objects, you would certainly be laughed out of office.

Although this may seem extreme, companies base marketing decisions on correlations all the time. Walmart, for example, often bases marketing strategies on correlations between weather conditions and the sales of certain products. While the company can’t prove causation, and the relationships could ultimately be a coincidence, Walmart is reasonable to believe they aren’t. Walmart knows that, if the correlations actually are coincidences, it would eventually be reflected in sales performance, and the retailer could change tactics.

While Walmart may understand the difference between causation and correlation, many brands do not. This leads them to make suboptimal digital marketing decisions. For example, companies with limited non-branded SEO may believe they are performing well based on their traffic volume and may withhold investment, though that traffic is actually originating from other advertising and marketing activities. Then, when the budgets for those other activities are cut and the SEO traffic dries up, these companies realize they erred by not investing more in non-branded: They had seen causation where there was only correlation.

Similarly, companies often pay coupon publishers relying solely on SEO traffic high commission rates in their affiliate programs because they believe causation exists between the commissions and the revenue generated — but when they reduce commissions to test the theory, they see that revenue does not change. Thus, no causal relationship actually exists.

Mastering causation and correlation can be challenging. Here’s how you can ensure that you’re using the right data to shape your strategies:

If you’ve seen a traffic boost on a particular channel, conduct tests to make sure it’s not a fluke by creating a control group and tracking ad-driven traffic versus other sources. You’re trying to determine the incremental value of an ad and whether it’s significantly higher than regular traffic. By isolating and testing the different channels, you can confirm which generate more visits and revenue.

Such elimination diets are essential for accurately measuring KPIs.

I recently saw this happen with one of my company’s clients. The business saw a steep decline in revenue that it attributed to its affiliate channels, as the affiliates began showing up in the middle of the conversion path. The client perceived a correlation between affiliate activities and lower attribution rates.

However, the company was also sending out special email offers to certain segments of its email lists. Those offers were more attractive than the affiliate promotions, so the company was effectively stealing conversions from itself. The client was wrong about both the correlation and the causation in the data.

Before jumping to conclusions about either data set, review performance on all channels and account for any new initiatives.

Imagine you want to market a new perfume to women aged 25 to 40. You’re confident they’ll like the product, and you invite women who have tried the perfume to answer a survey. Because you expect positive responses, you’ll interpret the results as favorable to the product. But someone else might read the survey results and say that most women actually disliked the scent.

At that point, it may boil down to who makes the most effective argument, regardless of the women’s intents. Don’t build strategies around subjective assumptions. Instead, use quantitative data to verify your hunches and develop campaigns around factual information.

Marketers know they need data to build effective campaigns, but collecting it is only the first step. Knowing how to interpret the numbers and identify relationships within them is essential. Otherwise, you’re flying blind. And without a clear understanding of causation and correlation, you’ll eventually hit a wall.

Matt Wool is the general manager of Acceleration Partners.