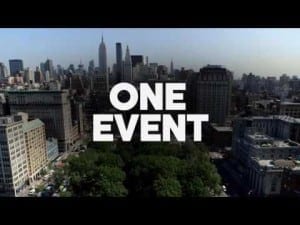 Though its product line is no laughing matter, insurance provider Geico is known for the humorous approach of its advertisements. That made it a perfect partner for truTV’s top-rated series, Impractical Jokers.

For the series’s 100th episode, truTV sought a top-five rating. To achieve that, all its time-shifting viewers would have to watch the program during its live airing on Sept. 3, 2015. So it teamed with Geico to create a summerlong countdown to the episode, leading up to a 30-minute special, Impractical Jokers: FAN-Tastic Countdown Presented by Geico, which aired the night before the 100th episode.

Geico invited fans to share via Facebook, Instagram, Twitter, and Vine their favorite practical jokes of the series using the hashtag #Jokers100. These picks were showcased on a microsite and during airings of new episodes of the show; they also formed the basis of the FAN-Tastic Countdown special. To raise the stakes, on the morning of Sept. 2, Geico and truTV announced that the following night’s live episode would include a tightrope walk by the stars of the show, but fans could vote via social channels with the hashtag #SaveJoe, #SaveMurr, #SaveQ, or #SaveSal to keep their favorite of the four Jokers from having to brave the walk first. A “Geico Save” microsite included a live leaderboard ranking the fan votes during the hours prior to the anniversary episode’s airing. Thirty videos were created to support this final aspect of the campaign.

In the final 24 hours alone, 22,000 Geico Save votes were received, boosting the number of Geico mentions on social media by 3,000%. Three thousand #Jokers100 fan clips were submitted, and the videos were viewed 580,000 times on the microsite, YouTube, Instagram, and apps. All told, the campaign generated 41 million social impressions and was covered by Good Morning America, USA Today, Entertainment Weekly, and The Hollywood Reporter, among other media outlets. And 3.7 million viewers tuned in to the live episode, making it—no joke—truTV’s highest-rated telecast in 19 months.