Spider-Man dropped in on Starbucks customers this week—literally. 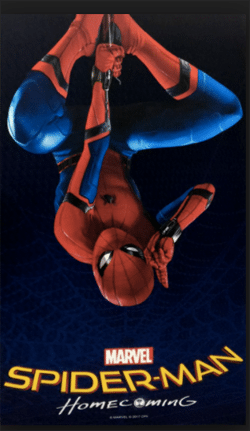 In a New York City Starbucks, the friendly hometown hero plunged from the ceiling to pick up his morning cup of Joe startling some unsuspecting guests while delighting others. The stunt was all about promoting Spider-Man: Homecoming, which open in U.S. theaters July 7.

Within 24 hours the video of the promotion had 500 million views despite the fact that it doesn’t even feature the film’s star Tom Holland. However, Stan Lee, the influential comic book writer and founder of Marvel Entertainment who helped create the Spider-Man character, as well as others like Iron Man, the Hulk and the X-Men, does make a cameo appearance. The viral push for the video is the reactions of the unsuspecting customers as he drops down above them or taps them on the shoulders. Adding to the share value of the video is a look at the behind-the-scenes work showing how the team pulled it off.

This just goes to show that one stunt, one video—if done with the right creativity and a splash of added value—can have a massive impact.

The Differences Between Brand Experience, Experiential and Events